If each staff member were represented by a drink, Richard Allen would be the coffee ~ specifically, a Starbucks grande iced doubleshot, two shots instead of three, two pumps classic, two percent milk, not shaken, not stirred. His drink is called the “2×2”. Rich uses the caffeinated energy to write a lot of reviews; in our site’s first year, he posted nearly 400. He wrote his first music reviews as a teenager and delivered them door-to-door in zine format. People responded by asking him to mow their lawns. Perhaps this is why he responds so well to drones and field recordings. He also loves limited edition releases and creative packaging. During the summer, he can be found at the beach, looking for beach glass, bodysurfing and playing volleyball.  But it’s not all fun and games ~ Richard does have a full-time job! 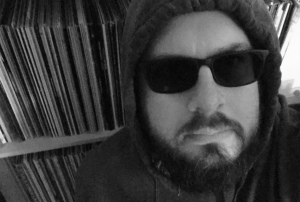 Jeremy Bye prefers herbal tea and is also the resident electronic specialist. He now vouches for Pukka Mint & Liquorice tea, accompanied with a Wispa if he’s in the mood. In the music sphere, he has a worryingly broad range of tastes, and can blether on about most genres if required, probably the result of growing up listening to his dad’s Charlie Parker, Soft Machine and Edward Elgar LPs. He can often be found scratching around second-hand and charity shops looking for the records that everyday folks leave behind (best recent find: Life Without Buildings’ Any Other City). If you need him, he’ll be in the pub.

Joseph Sannicandro appreciates all sorts of beverages, but if pressed, he’d be the wine.  A writer, sound organizer, and traveler currently living in Montreal, his lifestyle is
highly conducive to imbibing all varieties of beverages. Although he came up in NY’s hardcore/punk scene as a straightedge kid, he’s since written widely on post-rock, Ambient, Noise, jazz, modern compositions, and outsider music in general, and consumed a variety of substances to match.

David Murrieta is from Mexico and lives in Mexico City, and while he does like good ol’ tepache, he’s more of a milkshake himself: hyperactivity-inducing cheap and terribly abundant calories that will eventually make a hole through your stomach.  Having spent five years in the UK, David knows exactly when it’s time to light up that electric kettle and sit down to listen to an interminably growing collection of music with a trusty teacup by his side. Having a classical musician as a brother has certainly helped smack some sense into him every time he finds himself humming Britney Spears’ “Toxic”, but it is ‘his prerogative’ to take all things pop seriously.  When not wasting time (let’s call it “investing time”) in Twitter, you’ll find him reading and eating cookies somewhere in an imaginary place.  But don’t worry, he’ll grow up someday.

James Catchpole is a musician who currently lives in London. James spent two years studying music at The Institute of Contemporary Music Performance in London, where he gained a professional diploma in music. James has a wide and varied musical education. He’s played a range of instruments, but his relationship with music began long before he played his first note. Originally a writer and associate editor for The Silent Ballet, James now writes for multiple online publications and can be found here at A Closer Listen and at Fluid Radio. During his youth, James’ favourite drink would probably have been a Cherry Coke. Now into his thirties, he settles for a more laid-back cup of Earl Grey tea. Yummy. In his writing, James blends deep philosophy with in-depth musical insight. His interest in the paranormal also appears, apparition-like, from time to time. He has three guitars (two electrics and one acoustic), including a white Fender Stratocaster (she was born in California), and he has an eternal love for the beach. James devotes his life to music. He constantly deepens his relationship with her and listens to what she has to say. She continues to show him just what life is all about, and she’s always been there for him. Every Sunday night (10 – Midnight UK time), James presents a radio show called Echo Park that specializes in ambient, electronic and experimental music. You can listen here.

Nayt Keane is a romantic, sometimes to his emotional peril, but more often his mistakes lead to a coalescence worth living. Along with two children, a golden flame for a wife, and backyard animals to feed or eat, he sometimes writes music reviews. For years it was at The Silent Ballet, and now A Closer Listen invites this Vancouver-based hermit to occasionally drop some glyphs. A classically trained visual artist and animator, a self-taught guitarist, and raised on his dad’s Frank Zappa and Tangerine Dream records, Nayt is clumsily forging a path between dreams and fatherhood. Spotting one of his reviews may be akin to chancing upon a lunar eclipse, but hey, it also takes the finest of wines years to develop. That said, Nayt is a homemade rootbeer float with wintergreen and sarsaparilla locally sourced, vanilla beans crushed and folded into a proper custard-based ice cream, and a toast to his budding homestead. 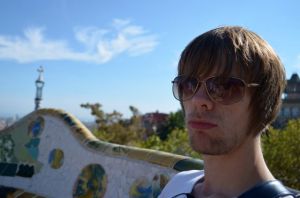 Like a fruit smoothie (with all that devious sugar), Chris Redfearn-Murray is in reality not as healthy as his appearance may suggest. He is a resident of Reading, UK, and is proud to have loyally avoided the famous Reading Rock Festival for years since discovering music beyond Foo Fighters and SlipKnot. A keen writer and enthusiastic procrastinator, Chris started his first novel at the age of 20 and is supremely confident it may see a release within the first 5 years of his retirement. As English as they come, he is therefore delighted to be part of a more cosmopolitan modern classical ensemble, subzar, widely described as ‘the most politically correct band in the world’ – by themselves. 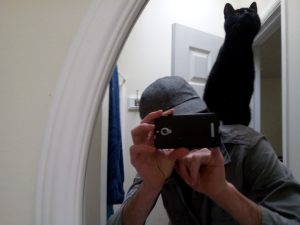 Todd B. Gruel: Greetings, reader. Thank you for your interest in my work! My writings about the arts have appeared in publications such as A Closer Listen, Fluid Radio, Oly Arts, PopMatters,and Tiny Mix Tapes. And my common interest writings have appeared in publications like Washington Hospitality Association and ThurstonTalk. I also enjoy photography; and I occasionally make music of my own—composing field recording-infused, spoken word folk music as WiseBlood (which will eventually surface online), along with other left-field instrumental music (which, God willing, may also emerge one day). In the fall of 2019, I moved from the United States—leaving behind my breathtakingly beautiful cat Emily Dickinson—in order to teach English as a second language in Murcia, Spain. In the near future, I look forward to creating a blog compiling my many interests. These days, I find myself patiently awaiting a coconut water sponsorship. If you would like to introduce yourself, please don’t hesitate to find me on Facebook, Instagram, or Twitter.

Samuel Rogers was born and bred in the depths of Devon, south-west England. Custard country. He has spent many years in Wales: firstly, on the dramatic north coast; more recently, in economic exile across the river from Bristol. Sam’s first loves were punk music and anarchy. He traded them with the gods for a PhD in poetry, and now lectures at the University of the West of England. He still writes reviews for punk zines. His music collection is part soothingly meditative, part deafeningly angular. He is what the Scottish call a “hauf an a hauf”: one glass of malty beer, another of uncompromising whisky.

Originally from the hills of Western Massachusetts, Zachary Corsa has lived most of his life in North Carolina.  He wrote for us from 2012-2015.  An alumni of Appalachian State University and the product of an arts-centered family, he has also written music criticism for such publications as The Appalachian, The Silent Ballet and PopMatters, and is a published poet and essayist.  He lives in the mysterious small city of Burlington, NC, where he and his wife Denny hold occasional house shows at their century-old historic home, Staycation, run the cassette label Wood Thrush Tapes, and compose ambient/drone music as Lost Trail.  Also an avid photographer, filmmaker, and liberal political activist, in his spare time Zach enjoys urban exploration, camping, classic horror literature and films, field recording, Appalachian folklore, obsolete electronics, antiques, old time music, shooting pool, collecting snowglobes, and playing with his furry cat companions, Calliope and Oedipus.

John Kontos wrote for our site in 2012.  He usually drinks tea when writing reviews, but he never says no to a cup of hot (but not too hot) mocha.  He enjoys exploring all types of intelligent art, including music of course!  His elusive quest for a home, whether it be a physical location or a sense of fulfillment, hasn’t been successful yet, but has led to some long and eventful journeys he doesn’t regret.  When he’s not listening to the obscure but lovely music ACL covers, he likes to ride his bike and lead a meat, drug & alcohol-free life.

Mohammed Ashraf is from Egypt, but has worked all over the world, including a stint on an offshore oil rig.  He wrote for us from 2012-2015.  He has also written reviews for a great number of online publications and is the artist known as Pie Are Squared.  While Mo never submitted a bio, we did assign him a beverage: Jawafa bil-Laban, which is Egypt’s #1 drink.  This concoction of guava and milk is  said to be “delicious any time of year” and should make a nice chaser for Mo’s iPod Nano.