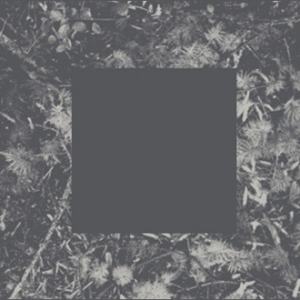 Sustained, low level reverberations can often damage a structure more than sudden savagery.  On Poisoned Soil, the walls take a while to crumble, as former Isis guitarist and current Hydra Head boss Aaron Turner applies a Machiavellian restraint.  It’s not that the tracks – three lurching creatures given nearly an hour to stalk their prey – walk a straight line from soft to loud; instead, they investigate every alleyway before moving on to the next.  Poisoned Soil operates as a sonic chimera, shifting from drone to guitar to electronics to ritualistic chant, filling nooks and crannies with cement and heavy breath.  Those expecting a metal album will be caught off guard, but in a good way.  To listen is to take a wrong turn and to end up in a better place.

The album’s very first sounds – two tea kettle whistles, one in each speaker – launch a one-minute overture.  Droning chants enter and recede, followed by a swiftly-peaking electronic rush: the album in miniature, pitch to abandoned pitch.  “Spoiled Fruits of the Kingdom” is suffused with a deep rumble, short-circuit static, and moments of near-silence.  Six and a half minutes pass before the first guitar chord enters, and eight more seconds before the next.  The drums drop in at the eight-minute mark, but refuse to take over.  Even the oddly distorted vocals that inhabit the ninth minute know their place, and bow out during the tenth.  In the final few minutes, the preceding elements are funneled into a whirlpool, defying all attempts at categorization.

The monosyllabic intonations of “The Ladder That Leads to Nowhere” enter like a foghorn atop a sullen wind: HERE – not here – HERE.  A lion-like beast enters the room, stunning the house with truncated roars.  Tribal percussion grows in intensity, then stops.  Panicked birds tweet warnings through the trees.  In “Inappropriate Body”, the filmic finale, a fantasia of notes falls into a volcano of feedback as a cloaked priest lifts a dark prayer.  The avian effects, carried over from the previous track, are similar to those found in The Cure’s “Like Cockatoos”.  The track peaks in the final 90 seconds, a bit late given its 21-minute length, but eventually satisfying.  Turner’s only misstep is to front-load his best sounds; by this point, we’re expecting the unexpected, but the well has run dry.  Still, there’s more variety in the album’s opening half than on many complete albums, and experimental music fans will take to this album like scientists to a new genus.  (Richard Allen)

The Ladder That Leads to Nowhere ~ excerpt