Wil Bolton ~ Under A Name That Hides Her 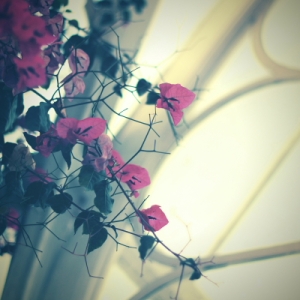 Consistency is a vastly under-appreciated virtue in music. Too often consistency can be read as boring, unadventurous, unwilling to take new risks and grow as a musician and artist. There’s an element of truth in that, for some musicians (those reliant upon formula from a marketing angle especially). But when work from a certain artist remains at a steady rate of high quality over a period of years, then why try to fix what just isn’t broken? Sometimes adventure is overrated.

Liverpool’s Wil Bolton is one such consistent artist, and a reliably stunning one. For the last few years he’s released a slew of very rewarding material, much of it via Hibernate, and much of it treading familiar ground of mellow ambient drones and field recordings. Under A Name That Hides Her isn’t exactly a departure from his usual work, but it is a frequently solid, rewarding album that exemplifies a high level of familiarity with, and achievement within, its context. Music like this may have many proponents, but few can pull off work this engaging and subtly beautiful. “Blackpoint” throbs with gentle waves of distant feedback storms and the splashed water of a sample. and cleverly never resolves its tension into a showy crescendo, while “Clearing” is a chiming slice of glitchy buzz backed with seagulls and gentle guitar. “Dissolve’ rides a wave of plucked bass and processed strings over a bed of birds. The most uplifting of these tracks is “Skyview”, with a soaring melody that puts one in the mind of a slightly more vibrant, less studied Stars Of The Lid.

There’s been a lot of talk about a renaissance in the Liverpool music scene, and there’s hope that there’ll be more to discuss of the city’s sounds than the all-shadowing omnipresence of The Beatles. Wil Bolton as well an act like, say, Forest Swords, paint very different pictures of the same city, which has largely given over to urban decay and abandonment in recent years. The presence of these field recordings conjure up expected natural elements (a tidal marsh under an overcast sky, an open field), but there’s something threatening here as well, a sense of disquiet, the marsh lying on the edge of a polluted harbor or the littered field spread out next to a choking motorway. That the atmospheric quality of Bolton’s music can conjure up so many impressions and remain so addictively listenable in the process speaks volumes about his immense talent. (Zachary Corsa)

Tags: Hibernate, under a name that hides her, Wil Bolton, Zachary Corsa