Stray Theories ~ Even Though We Sleep 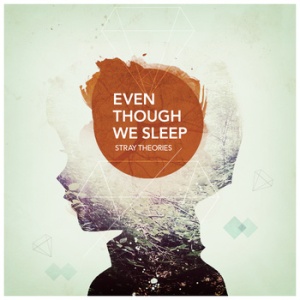 Mood is an often-overlooked factor in music.  When reviewing, we tend to take special note of composition and creativity, while ignoring how a release makes us feel.  Perhaps this is because we are out of touch with our feelings, or consider them inferior to our intellect.  Even Though We Sleep is a brief album whose mood is its key facet.  The specific genre it inhabits – chill-out – may have gone a bit by the wayside, but it doesn’t mean we’ve lost our need to chill out.  An effective album in this field calms the spirit without boring the listener.  This sounds simpler than it is; if it were that easy, we’d have as many chill-out albums now as we did a decade ago.

Stray Theories (Micah Templeton-Wolfe, an Australian residing in New Zealand) has produced a number of pieces for short videos and art installations.  It’s easy to imagine these six songs being used in this way, as they are relatively unobtrusive despite their multiple layers.  Templeton-Wolfe’s closest contemporary is probably Rhian Sheehan (also from New Zealand), although the latter has moved into more orchestral territory in recent years.

Even Though We Sleep is a suite of smoothly-sequenced instrumentals with the occasional electronic vox (the only element that seems out of place, as it possesses a slightly worn vibe).  One could take apart the music: keyboard melodies, ambient washes, programmed pads – to see how it all works, but one would fall short of comprehension.  In this case, it’s not the individual elements, but the effect they produce.  Relationship problems?  Long day?  Tired of fighting the good fight?  That’s what this album is for.  From beginning to end, it’s meant to soothe and comfort, and it does a very good job, from the piano and chimes of the title track to the melancholic synths of “Everyone Falls” (perhaps the instrumental cousin of R.E.M.’s “Everybody Hurts”) to the percussive patterns of “The Moment I Need You”.  For the anxious and stressed, a healing balm.  (Richard Allen)