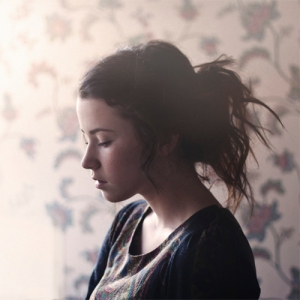 The amount of music bvdub has made available to the public in recent years makes one wonder whether he is trying to break the record for most albums released per year, as he can’t seem to stop making music.  Whether Mr. Van Wey is a workaholic or not is something we cannot determine by listening to his latest album, but what we can say with certainty is that he has a lot to say as an artist.

Serenity does not differ much, at least on a superficial level, from most of his work.  The same ’90s influences from when electronic music was more innocent, with nods to the likes of Orbital, the Future Sound of London, Aphex Twin, Global Communication (and various other acts that no one remembers anymore), can be found here as in the majority of his work.  Ethereal female vocals over an atmospheric beat, with tribal drums here and there, is probably the most tried recipe in electronic music, and it takes a really talented and sincere artist to make it sound original, something bvdub has accomplished multiple times.  This was of course the music he grew up with, and it would be safe to assume that this is the sound that makes him feel at home, while bringing to the surface the emotions he felt as a younger man, discovering the world through music.

Van Wey has become more laconic using one-word titles, not only for the album, but for each track as well.  What is more interesting however is that each track title appears to describe a state of mind, and all of them combined lead us to “Serenity”, which is what we feel when we listen to the very psychedelic track of the same title.  bvdub is noticing, perhaps more clearly than ever before, the world’s “Beauty”, is full of “Love” and “Energy” and all this has given Serenity the emotional “Strength” of a work that is very personal.  As we keep listening to this album, we are immersed more and more deeply into a sea of ambient noise that hypnotizes and fills us with positive thoughts and a peace of mind. (John Kontos)