Empire of the Sea ~ Skywatchers EP / The Voyage 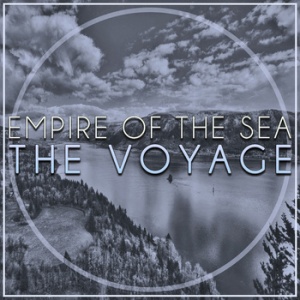 A recent avalanche and subsequent revival of all things Post-Rock has ensured the style’s borders are almost full to capacity. Despite the increase, and the standard cliches that rise up on popularity’s tidal wave (for example, the copying of influential acts), new bands capable of producing refreshing instrumental music continue to emerge all of the time. History warns us that staying afloat isn’t easy; it’s the tightrope of being just different enough, while still sounding somewhat recognisable so as not to drift into leftfield. On the evidence of Skywatchers and The Voyage, Empire of the Sea are creative enough, and original enough, to keep their heads above water.

No matter where navigation may lead, it’s always best to steer an authentic course and stay true to the original, intended direction. If a band doesn’t have anything new to say, it can be as clearly visible as a hazardous iceberg. The rediscovered rejuvenation almost always rises in the form of younger acts. Empire of the Sea encapsulate that early freedom which made Post-Rock so exciting, except they aren’t anchored by any kind of former glory, future expectation or broken fulfillments.

All of the exhilarating climaxes are here. Free flowing melodies sparkle out in a stream of notes, ensuring that the emphasis is placed firmly on melodic content, acting as a skeletal backbone for the red-blooded drums to rattle over. There’s no pussyfooting; Empire of the Sea dive right in. This fast pace takes the listener aback, and there isn’t a second to get cosy. As a result, predictability falls by the wayside, unravelled like the notes drifting in the sea. Always energetic, always in control, Empire of the Sea also enjoy the most important element – fun. All of the technicalities, riffs and structure, can send some instrumental bands spiraling out of control, trying to insert too much and inflating tracks until they become bloated. All of this potentially transforms the music into an advanced formula of mathematics, when it could be something like: Power chord progressions + driving drums = Post-Rock medicine.

Empire of the Sea display an admirable surety and maturity way past their youthful years. Only formed in 2010, when a jam session later turned into their Fathoms LP, Empire of the Sea may not do anything dramatically different or think too far out of the box, but what they pull off is so well realised and accomplished it becomes difficult not to become a believer. Counteracting the rough, stormy ocean of distortion and the clean, angelic notes of a calm tide, the music is a rainbow of sonic colour. Inspired by an interest in naval history, a sense of the ocean’s expanse exists within the music. Yet, the music becomes so energetic that it almost tears itself away from the imagery of the sea it is attached to, and instead bats the eyelashes skyward, soaring ever higher on American wings of freedom, with only thin, fluid tears falling off the claws of an eagle.

Skywatchers comprises four tracks, all sharing the theme of Mother, father, sister, brother. Hawk, owl, sparrow, crow. The unknown exploration beyond the window. A short burst it may be, but time flies as the sliding notes recur and the tremolo lines blur. The expansive melodies are blessed with a freedom and a ferocity as they glide above cold peaks, the notes shining circular halos in the sun’s light, yet doing little to raise the temperature. Soaring to higher altitudes, Skywatchers is full of optimism and some much needed cool air.

Just over ten minutes long, The Voyage is a tease of a taster, leaving the listener anticipating the next direction. The crystal clean, arpeggiated melodies and percussive waterfalls of “The Cape” splashes crashing cymbals into the lagoon. Effect pedals add a nice touch of chorus here and there, which helps to swim against the tide of familiarity.

The Voyage indicates the speed of the surge; the music sounds cleaner, perhaps preparing the way for their second full length, Ghosts Everywhere, due for release in 2013. The potential is there, along with the spirit of endeavour that helped navigate the early pioneers so bravely into the unknown. Empire of the Sea admirably display a similar bravery, instead of merely testing the waters in true sink or swim style. If they maintain this standard, they’ll leave the ocean behind, and soar ever closer to the stratosphere. (James Catchpole)