In The Shadow Of Capstan Mountain: Cassette Culture’s Impossible 2012 Heights 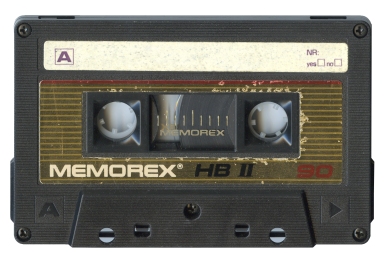 In 2011, when my music was really getting off the ground after a few successful tours and releases, I began to get an inkling of just how far-reaching the newly-risen network of cassette labels in this country (and beyond!) really runs. By 2012, I stood in utter awe of the vast and ceaseless scope of the medium’s triumphant return. In a dying economy, in a world seemingly ruled by sheer random turmoil more than ever before, what had previously been seen as the obsolete technology of yesterday’s rubbish pile has risen phoenix-like as the tastemaker’s preferred music delivery system of choice. Cassette is freshly deified for the warmth of its sound quality and the quirkiness and charms of its inherent flaws, as vinyl had been some years prior. Heady days, indeed.

However, unlike vinyl, cassettes were affordable to reproduce. Try to count the number of experimental tape labels out there in the world, and be sure to have a chair at hand to collapse into when you start to feel dizzy. Odds are, while you’re sitting there reading this, a few dozen more tape houses have sprung out of the fertile soil of DIY underground culture. I should know, I’ve heeded the tempting sirens’ call and started a little boutique tape label of my own in 2012.

But as an experimental artist first and foremost, I’ve come to regard cassette labels with great and sweeping admiration, as they represent the likeliest path for my music to be released, curated, and collected. Tape labels are invariably small bedroom affairs, eminently approachable, and tape label bosses tend to put great care into the design and packaging of their work. This is more than mere nostalgia, this is a whole currency being traded back and forth like schoolyards full of kids once swapped baseball cards. Head out to any experimental-minded house show in the developed world, and a battered suitcase full of tapes is bound to greet you in the merch corner. Tapes conjure something incredibly profound in the context of the mp3 age, something not as easily articulated as fondness for childhood formats or the valuation of design kinks. Tapes are more than a defiantly insiders’ hobby.

So what is it about cassettes, and for that matter, the pitch-bend and damaged tracking of VHS, the scratches and burns of Super 8, the unpredictable chemical palettes of Polaroid and Holga? What draws us to technology that so many would dismiss as inferior and dated, and why is it happening now of all times?

As I’ve said elsewhere, the fact is that underground arts culture is at its best when it stands as stark rebellion, in revolutionary opposition to prevailing trends and memes. Like many, perfection-obsessed Apple culture leaves me cold and alienated, lost in an increasingly disconnected and zombified society. No one is ever going to write an essay like this one about the beloved sound quality of a .wav file, or the unexpected quirks of an iPad, because there aren’t any. In an age preoccupied with feverishly sanding the ‘difficult’ edges off of things, outsider art has gone the way of celebrating inconsistency and error. Childhood nostalgia? Somewhat, maybe. But I know, for my own output, nothing beats the static rumble and warbly warmth of a wildly unpredictable, hiss-soaked cassette recording (and visually, yes, Polaroid, Super 8 and VHS all the way). There’s an organic honesty in these forms, including the audio cassette. Fact is, to some of us the cassette tape and the video tape and the Polaroid photograph, in all their imperfect glories, somehow feel realer than the iPhone App, the GarageBand plug-in artifice.

The digital world seems to understand this trend: how else would one explain Instagram, which, let’s be real, is a hollow facsimile of the actual thing, designed to capitalize on a certain golden-tinged admiration for yesterday’s primitive electronics? When technology become cold and sterile, we revert to the old and damaged; this is true throughout history, but perhaps never more so than today. In their flaws, these totems of past decades’ top-drawer machines become authentic, the treasured, cherished objects full of love and wonder. So it goes with cassette tapes.

As I noted earlier this year in my lengthy retrospective on that absolute standard-bearer of damaged cassette-based postmodernism, William Basinski’s The Disintegration Loops, mortality and decay are interwoven into the very fabric of our beings, stitched into our very bones. So perhaps our love of damaged and imperfect technology goes deeper than mere surface fondness and reverent reminiscence. Perhaps it has something to do with the way these swiftly-dying forms remind us of our own mortality, our own descent into disintegration and eventual cosmic dispersal. Maybe that’s where we really find our humanity, closest to our own painfully human heart; not in the throbbing digital gyroscope of an empty striving for consumerist globalized perfection, but in the sense of things breaking down, aging towards an irreversible end, as we all must in time.

Which only begs the question: when we at last achieve pure and utterly boring ‘perfection’, what will be left behind as the beloved, nostalgic dead technology of old? What will there be to stand in lovely, stirring contrast against, if all is predictable and neatly colored in the designated lines? What’s left of our humanity and of our messy, complicated selves when we’ve edited away every warble?

Initially, I was going to include with this article an extensive list of the best cassette releases of 2012, but cassettes are a kind of secretive thing, and the joy of the format remains discovering your own little miracles, digging them out of crates at basement shows or from the darkest depths of Bandcamp, and treasuring them for the magical, fragile boxes of pulsing life and creativity they are. Thus, instead, I’ll point the way to a review I wrote this year for ACL, covering what was my favorite tape release of the year by far, the Leafy Suburbs/Sacred Flower Union split from Perth’s Future Past label. I believe this release sums up nicely everything perfect about the cassette revival:

Finally, here, in no order, are some amazing tape or partial-tape labels you should be checking out (disclaimer: Lost Trail has released work with a few of these fine folks, and to weed out any accusations of corrupt nepotism, I’m not including my own label in this list). Give them your hard-earned money, they deserve it!

I Had An Accident (Annapolis, MD) – http://www.ihadanaccidentrecords.com