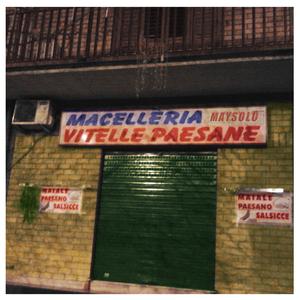 This month’s mix comes from Mario Gabola.  As I described  in the intro to SEC_‘s mix, I met Mario at Perditempo, a center of the experimental music scene in Naples, Italy.  Born in Salerno in 1981, Mario Gabola is an active participant in the radical music scene of southern Italy.  Since 2000, Gabola has lived in Naples and released several records with the trio A Spirale and Aspec(t), his duo with SEC_.  Though he began playing saxophone in traditional brass bands, Gabola music explores structures and timbres that are both challenging and intense.  His methods include incorporating unstable system using feedback and resonance by recycled or self-made instruments and sax.  He’s performed and collaborated with a long-list of artists, including Arnaud Riviere, Agostino Di Scipio Andy Guhl, Alexei Borisov, and Mat Pogo (of Jealousy Party).  Along with his A Spirale collaborators M. Argenziano and M. Spezzaferro he runs the label Viande Records.  In addition to the aforementioned collaborations, he also performs with radical-impro music as part of Strongly Imploded, Sarkazein, Razoj, Akhiano.  Through Mario’s generosity I was able to be exposed to facets of the Napolitano scene that I would have missed otherwise, and I’m please to be able to share some of that scene with our readers.  Mario takes us deeper into a fruitful cross-polination of art and life, or material practices stemming from as much from the ethos of radical improvisation and punk rock.  The image of a butcher shop somehow seems appropriate to accompany this mix, during a week in which we skeptically watch the authoritarian populist comedian Beppe Grillo and his Five Stars movement jam Italian politics.  Buon viaggio. (Joseph Sannicandro) 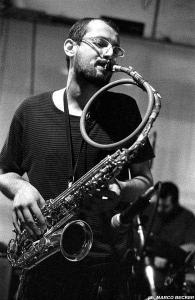 I’m glad that Mario and I  were finally able to make this happen.  We’ve already heard from Mimmo (SEC_) about some of the connections between radical aesthetics, the city of Naples, and the current political landscape.  This mix seems to suggest an elaboration of that.

Here’s a statement from Mario Gabola to put this mix in context:

I thought to proceed in the selection of this playlist working toward systems and constellations of relations and affection.

Obviously, not relationship or parentage, but just an attempt at mapping during the continuous geopolitical loss of bearings.

We’re talking about escape, friction, and collision, “feelings conquered because they’re sons of no one” and not things bought, moved by the possibility of liberation from the spectacular mercantile economy that as of now organize even the small niches /bitches that are the products of underground cultural consumption for the bourgeois bohemian mish mash middle European youth.

And above the author aesthetic as a revelation of a practice that passes through improvisation to break the walls, the separation of languages, the genre, the consumption of music as a product tied only to the enjoyment of a form or a narration or a composition, all around a world that moves as a result of everyday battles and movements of liberation.

A discussion around the practice and the means/tools, years of forgotten history of radical improvisation only to restart this mood in new fragile fields, where grindcore/hardcore/punk, hip hop, technorave, funky, rock ‘n ‘roll, blues, fall apart and give space to the lived and human movements more than to the genres and authors.

Again against the new post–museum logic, to the artist collectives and their re-qualification of abandoned areas, against every form of mediation between the individual experience and the outside world. 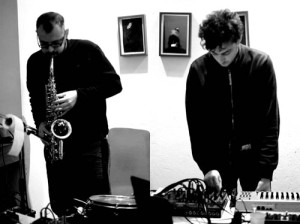 The A Spirale and Aspec(t) experience was born thanks to these encounters:

Matar Dolores  – Tinnitus
No coward soul is mine (Toxo Records 2011)