It’s that time again – I’ll be honest, this would have been a lot earlier if February had a sensible number of days like the other months.  Or maybe if I hadn’t been sidetracked by Autechre’s radio shows which dominated a large chunk of the 2nd and 3rd of March with old school hip hop and all kinds of electronic goodness from across the decades… Anyway, the drill is the same as before, a bunch of electronic albums released recently written about in alphabetical order.  The observant will notice the covers have moved from the traditional left to the less repetitive right hand side; otherwise it’s business as usual…

Burdened with a title that must give the label boss recurring nightmares, and will doubtless cause the few record shops brave enough to stock it no end of confusion, (Advance Sampler) bursts into life with the sound of stressed-out electronics and the clatter of horses’ hooves. A suitably attention-grabbing opener, “666” is the most abrasively metallic track here, and is not really a fair indication of how the whole album sounds. Whilst not exactly easy listening, Be Invisible Now! concoct a fairly accessible combination of industrial ambience and glitchy rhythms. The beats, all digital heft and precision, provide some structure when they are utilised; the rhythm-less tracks have a tendency to drift, on occasion, without much form. It’s not the only album this month which owes a debt to Autechre, but its medium of release (aside from a download, it’s available as an SD card), should provoke interest, not least for musicians who want to get their hands on the samples utilised by Be Invisible Now! and offered as a bonus here.  Certainly, all those who worship the glitch are invited to partake.

Older readers may be thinking ‘Kev Hopper? Surely not the eccentric bass-player of wonky Peel favourites Stump?’ The answer is, yep, the very same. I’ve not been keeping tabs on Mr Hopper at all – generally with bands I listened to on the John Peel show, I assume they’ve long since gone into teaching – but it turns out he’s kept himself busy, collaborating with a variety of musicians, and forming the occasional experimental combo. Recently he’s been making music with Reaktor software again, and Tonka Beano collects together some of his results. Hopper’s bass playing, as I remember, was taut and loose at the same time, anchoring Stump’s tracks yet blessed with a flexibility and playfulness – a trait that continues in his electronic music making. So there’s a rigidity in the rhythms here but the music and percussion on top is pretty fluid which keeps things fresh. It doesn’t always work – “Indigestion 2012” samples bodily functions in a manner that’s still too recognisable to be pleasant listening – but on the whole, particularly when the percussion kicks in, Tonka Beano is a delight.

The ever-prolific Koen Holtkamp is probably better known as a guitarist, but here he pulls out the synths for trio of pieces inspired by rivers in New York state. As you might imagine, there’s quite a lot of aquatic burbling going on here, zippy little arpeggios that capture the light playing on the surface of the water, and a restless undercurrent. It transports the listener to a summer afternoon by a river, the sun’s rays dancing through the leaves and on to the river itself, where there is only peace and tranquility and the sounds of nature. That Koen creates this soundworld without resorting to field recordings to make the atmosphere more obvious is no small achievement and whilst it won’t replace the actual experience (roll on the summer…!) Liquid Light Forms is almost as good as being there. Each of the three tracks captures the different characteristics of the eponymous rivers, so whilst the music sounds unified across the record, the pieces themselves have a lot of variety. “Battenkill” sounds like it’s full of fish darting everywhere, whilst “Hudson Static” captures the busy chatter of a river at high volume, eventually easing out into a calming coda. That it’s another great release from Koen Holtkamp hardly needs saying, but we’re probably in danger of becoming blasé about his output and we really shouldn’t. 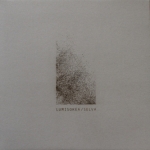 Selva leaps out the gate in a similar manner to (Advance Sampler) but confines it to a much shorter time period. Remember Oneohtrix Point Never’s abrasive opening track to Returnal which acted as gatekeeper to seven lovely tracks beyond? This is similar but Lumisokea manage it in about forty-five seconds, and “Diserta”, the first track here, soon dissolves into a dubscape with added harpsichord. The dubby nature is continued throughout but on some tracks the duo of Koenraad Ecker and Andrea Taeggi tend to layer the sounds on top rather than leaving it spacious. So “Veltro” has a propulsive kick drum, clanging percussion, prepared piano, chopped up radio samples and much more all building and building till the track bursts like an over-ripe melon. It’s a dense piece and the way the sound is layered makes for a particularly vivid experience – probably not one that you’d want six times on one album so, sensibly, Lumisokea follow it with the noticeably stripped down “Braci” (on the download – on the vinyl you get the run-out groove). Don’t be put off by the opening blast, there are real moments of tranquility within Selva, although Ecker and Taeggi are clearly a duo who prefer the gritty side of electronic music rather than the smooth surfaces that other dub techno artists pursue.

Marjen ~ When A Skin Is Dead, It Must Be Shed 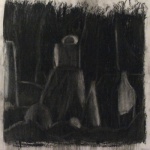 We’ve covered short releases in the past, but the new four-tracker from Marjen is the briefest yet; it has all the requisite ingredients for an EP but with a running time under six minutes it can scarce be called ‘extended’. Marjen could get away with a single idea per track, but he packs a lot into each arrangement. The beats are often busy with little idiosyncrasies that you could argue are there to keep the listener’s attention were it not for the fact that each track brims with ideas already. Perhaps Marjen suffers from a short attention span himself, but When A Skin Is Dead, It Must Be Shed is perfect listening for the ADHD generation – the rule of thumb being that if you’re bored before you’ve finished reading the title then this record is for you. That’s not the exclusive market, of course; you might be disappointed to find that having been lured in by the atmospheric introduction of “A Simple Smokescreen” the meat of the track is just a minute long, but think of it this way – there’s always the repeat button. This is electronica stripped to the basics; it’s not merely a set of interludes here but fully formed pieces that just happen to be a lot shorter than what we normally expect in the genre.

Plains Druid ~ To Be Without Judgement

Four more tracks of electronic music but, in contrast to the above, this is a longer form work, (approximately six times longer, if you want to get technical about it). To Be Without Judgement is a set of atmospheric, analogue synth workouts, that focus more on hazy textures rather than the pulsing rhythms that are often a feature of the new generation of Tangerine Dream-inspired musicians. In the spirit of the Instragrammy cover shot, this is new music with more than a hint of the old sounds. For a genre that was pretty much ignored for a couple of decades, the synth branch of krautrock is letting its influence be felt still, and there’s still plenty of ideas that haven’t been tried yet. Plains Druid conjure up an audible expanse with their synths, but tie things together with some crisp beats and effects that reveal the contemporary nature of the music – it’s not in thrall to the mid 70s in a slavish way, just picking up a few ideas and mixing them up with cloudy handclaps (on the opening “Telescenes”) or a light hint of organ drone. In fact, it’s an album that just floats by, providing some much appreciated airiness, and even the spikier closer “Martial Law” is a track with space as well as churning layers of guitar. Music that matches the cover perfectly.

It’s becoming a trend for Fabric mixes to act as a showcase/mixtape/unofficial album for the DJs of the world – blame Villalobos if you like, I think he was first – and following on from Guy Gerber’s disc-long work last year comes Romanian Petre Inspirescu who offers up fifteen tracks of vibrant but mellow, housey, techno. The delicate piano on several tracks, and particularly the use of cello and soprano singing on “Anima”, has a feel of Murcof, such is the way the music floats languorously over the busy drums. Aside from the quiet opening, and piano piece at the end, it’s a steady four-to-the-floor throughout; if it was billed as a proper album, you might expect a bit more variety and some pauses between tracks but as a mix the seamless approach is obviously the way to go. It’s possible to let the beat do its thing and just focus on the layers over the top of it (aside from the shouty bits on “In Miriste” which just don’t work). This is obviously not the sound Petre Inspirescu would stick with if he was actually DJing, but it’s the best approach for home listening and there’s plenty of shifting textures and fresh ideas coming to the surface. So, not an album of hit-after-hit dancefloor action like some recent Fabric mixes, volume 68 uncoils over time and it’s pretty laidback; not what I expected but, as it turns out, mighty fine.

Digital Native, Polysick‘s album on Planet Mu last year was, for me, one of 2012’s sleeper hits, a record I found myself coming back to from time to time, or being pleasantly surprised when a track bubbled up to the top on shuffle mode. So, with that album still fresh on the player, here comes Daydream with what seems like almost indecent haste – although it’s probably nine months on that, frankly, is peanuts in comparison with some more prolific friends of the site. The Rephlex-y analogue synth burbles are well to the fore here, along with the sounds that seem to echo library music of the 70s and the occasional techno beat to underpin proceedings, basically all the influences presented on his mixtapes whipped into a cohesive whole. It’s no secret that Polysick is a man with retro leanings – the cover of Digital Native was presented with the vinyl scuff marks printed on – but Daydream is no backward-looking museum piece and the tracks have enough of the ‘new’ about them to not feel like an exercise solely in nostalgia. The bangs and clatters of the opening track and the fractured arrangement of “Unreal City” are enough to attest to the contemporary nature of the album; the tracks between are more cohesive and overall the album works very well as a whole piece.  Is it as good as Digital Native?  Ask me again in six months.