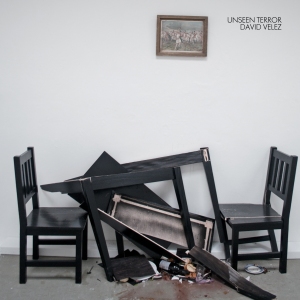 Sound artist David Vélez recently wrote an editorial for The Field Reporter in which he addressed the nature of criticism as it pertains to sound art.  In Vélez’ own (unedited) words:  “I think of a model where artist concentrate in the formal and creative aspects and critics concentrate in the analytical, critical and aesthetic aspects of the practice.”  (For the full article plus responses, click here and scroll to 228.)  Yet as much as artists might wish to attract a certain sort of reviewer, they are often stuck with what they get.

This particular reviewer (having covered over 50 related works during the past year) has two primary objectives: 1) spreading the word about the finest sound recordings, whether or not they are intrinsically musical; and 2) helping others to appreciate sound art as a valuable discipline.  Do we need to understand a piece of sound art in order to appreciate it?  The answer is no, in the same way as we don’t need to understand a painting, a sculpture, or a tree.  In fact, while understanding can often enhance our appreciation (for example, reading the liner notes of Peter Cusack’s Sounds from Dangerous Places or learning that we are hearing an endangered sonic environment), it can also distract us or even derail us.  Fans of sound, as opposed to students of sound (keeping in mind that the two are often the same) might not want to know too much about a recording, as such knowledge might cause them to judge the work by its adherence to the artist’s goals, instead of its inherent qualities.

The short version of all that has been said above:  once any work of art leaves the artist, the artist abdicates the sole right to define it, or even to determine how it might be defined.

With this being said, Unseen Terror is one of my favorite sound works of the young year.  I may not end up enjoying the recording for the reasons it is meant to be enjoyed, yet will still recommend it, hoping that the artist feels that a listener’s visceral reaction holds as much validity as an intellectual one.  But to extend Vélez’ argument, just as artists should not rely on critics to validate their work, neither should reviewers care about what artists say about their criticism.  But we do – we all do – and that’s human nature.

Unseen Terror‘s abbreviated background story is that it collects recordings that were made while completing an interdisciplinary Master’s thesis.  The thesis followed the Rule of Three: sound art, architecture and sculpture, and was based on the stances of catastrophe:  anticipation, strike and aftermath.  The artist himself fell victim to the pressures of production and was greatly affected by the process.  The final sound on the recording, that of unbridled smashing, is reflected by the cover art.  A much fuller explanation is printed on the release page.  Would one understand this without the explanation?  Probably not ~ but even the casual listener can distinguish three main movements, which are themselves divided into smaller sonic segments.

To these ears, the opening segment is the most enjoyable, beginning with diverse knocks and clunks that sound like shoes in a washing machine.  The stereo effects are astonishing and the crispness is intense.  This leads in turn to a series of adventures, which include buzzing drones, construction site saws, static pops, and precipitation, overlapping in such a way as to cause a pleasant disorientation.

These are amazing sounds, and the quality of the mastering is superb.  Yet if one expects a specific narrative, one will end up disappointed.  Cooing birds and benign traffic directly precede the most abrasive section, which begins at 17:02 ~ something that sounds like drawers being searched while sneakers squeak violently against a wooden floor.  As much as one might view this as the “strike”, one would then need to place the preface in context, and it’s way too calm to be called “anticipation”.  Better to wait this section out – to view it as the difficult two minutes in the center of a much longer piece – and to enjoy the rapid turnover that follows: a scrolling down through sounds that culminate in the aforementioned smashing, disturbing a slowly-won serenity of diminished volume.  Perhaps this is the unseen terror of which the artist speaks ~ the unnoticed anxiety and pent-up aggression that finds release in the least expected of moments.

Is there value in appreciating context and construction?  Certainly.  But can Unseen Terror be appreciated on its own merits?  Even more so.  These are the sounds of a man who loves sound, which is something even a newcomer to sound art can intuit while listening.  (Richard Allen)