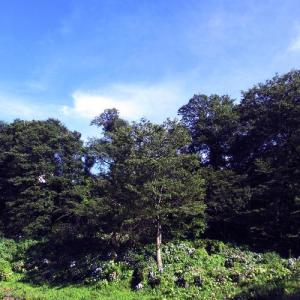 the silence was warm vol.4 is another worthy entry in Kentaro Togawa’s ongoing series.  The main draw continues to be the high quality exclusives, many of which are never available in any other format.  Also key: a ridiculously low price.  (only £3.19 at Norman Records!)  Sweetening the deal for those who contact the label directly: the opportunity to purchase a fun t-shirt (shades of Dmitry Martin!) as pictured below. Clearly Togawa is not making a much on this venture, but he’s having fun, and ebullience is contagious.

When seventeen artists are involved on sixteen tracks, something is needed to tie them together.  As he did on the Trust compilation, Rudi Arapahoe contributes the pristine mastering; he also leads off the set with a vocal collaboration.  While those unfamiliar with the native tongue may not understand the words, the track sets a contemplative mood, and the title ~ “to paint breath on air” ~ implies a calm demeanor.  Many other ACL-familiar names grace the compilation as well.  Wil Bolton‘s “haze” would be at home on any one of his recent albums, while Pawn‘s upbeat “re-painted wall” adds swirl to the artist’s trademarked stuttered electronics, stopping in the middle for a strange tea break.  David Newlyn‘s cello-laced “empathy” utilizes distant chants to unsettling effect; Giulio Aldinucci‘s “travertino” provides kind contrast with field recordings collected in Italy. When strings join the fray, the album reaches an early peak.  Maps & Diagrams highlights bells and drones on “glossolalia”, one of his most immediate recordings to date, while the reliable Hopeless Local Marching Band picks up right where it left off last year with calliope noises interrupted by a swift burst of metal and slowly impinging strings.  “incremental threshold” is the best track on here, as well as the least ambient; as the penultimate track, it’s well-placed. 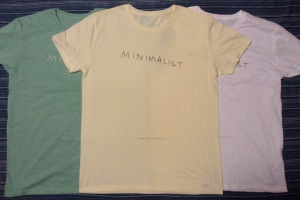 Of the artists new to ACL, only Shotahirama makes a poor impression; fourteen seconds of Scanner-esque dialogue is an odd way to introduce one’s self.  In contrast, Silmus makes the most of two and a half minutes with gentle acoustic guitar and shimmering wordless vox, and deathrowradio continues in the same vein two tracks later, sounding nothing like its name.  With so many artists needing exposure, Kentaro Togawa’s ear for new music is a boon.  Making money is not the point; it’s all about the celebration of well-known artists and the discovery of the new.  At this price, there’s no way to go wrong.  (Richard Allen)