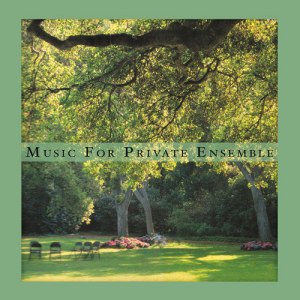 A modern classical album was hiding beneath the drones and synths of Sean McCann‘s superlative The Capital, released two years back; now the elements that made that album memorable have come to the fore. McCann is the rare musician who seems to be able to play everything, and on this album, he does: violin, viola, cello, flute, piano, percussion.  Some sections include over 100 layers of multi-tracking, imitating the timbre of an orchestra.  Credit the composer for his patience, as well as his thriftiness (do you know what an orchestra costs these days?).  In the hands of a lesser artist, such attention to detail might seem myopic, but in this case the results are stunning.  One suspects that it may have the same effect on the artist’s career as Daniel Bjarnason’s Processions did a few years back. Many musicians will want to work with McCann after this, although those who play the bassoon, timpani and/or french horn will have the inside track, since McCann was forced to notate their parts for this work ~ although one suspects the artist might respond to inquiries by asking, “You play the bassoon?  Great!  May I borrow it?”

A drum roll launches “Introduction – Reservations, An Exchange of Courtesies pts. 1 & 2”, followed swiftly by strings and silence.  In only a few seconds, McCann demonstrates a keen attention to space and sound.  The notes are laid as precisely as sand grains in a mandala, producing a palpable sense of anticipation.  Even when the piece falls into a deeper silence, the listener knows that the narrative is unfolding as it should.  The artist demonstrates control by “clustering improvisations”, a rare and counter-intuitive feat.  One suspect that he has a very neat home.  “Introduction” offers a flirtation of tonal and atonal themes; these begin shyly before growing rapturous, a perfect reflection of love’s tentative abandon.  By the end, caution and silence are thrown to the wind.

In contrast, the star of “Character Change” is the glockenspiel, played in clusters and flourishes.  This bright piece still bears a dark undercurrent, thanks to opposing string chords, but the multi-tracked metallic tones conquer that darkness with sprightly ingenuity.  The album’s only overtly disturbing segments arrive on the following piece, as McCann experiments with groans and grunts, channeling the work of Ben Frost (but dedicating the piece to the Fluxus artist Dick Higgins, who likely inspired both).  As if concerned that the album has gone too far, McCann then closes with the album’s most accessible selection, tucking the soothing voice of Kayla Cohen into a rumpled orchestral bed.

The album’s only down point is that McCann can’t possibly play it live; hopefully, Music for Private Ensemble will attract a public ensemble, and he’ll be able to conduct.  This music deserves the full treatment.  (Richard Allen)