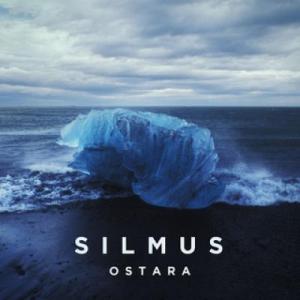 Silmus’ “Clearing Up” was one of the standout tracks on the silence was warm vol.4, so we were overjoyed when we learned that the artist had released an entire album a while back.  The Netherlands label Volkoren knew they had a winner when they signed this, and we believe it deserves another round of attention.

Let’s start with the cover: glaciers don’t normally wash ashore like this, even at Jökulsárlón (Iceland’s glacial lagoon), but it was photographer Jan Borger’s lucky day.  Everything was right that day: the light, the color, the clouds.  Close-ups of the glacier grace the inside of the disc as well.  While the art may lead some to believe that this is a winter album (and it was in fact released in winter), it’s warmer than that ~ warm enough, perhaps, to melt a glacier and send it to the shore.  Credit the use of multiple acoustic instruments, including ukulele, mandolin, accordion and kayagum (a traditional Korean instrument, pictured to the right).  These sounds augment Gert Boersma’s acoustic guitar, the primary instrument used throughout the recording.  Boersma, Borger (piano, bass and more), Minco Eggersman (percussion, ebow, synthesizer and more) and Mirjam Feenstra (occasional wordless vocals) spin a lovely calm. 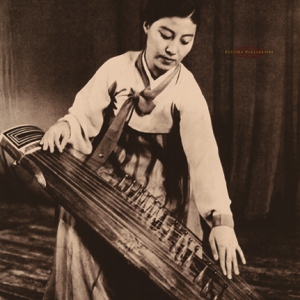 Perhaps the most striking feature of the music is the compact nature of the tracks, which range from 1:22 to 4:29.  In general, ambient tracks tend to go on a bit, so it’s wonderful to encounter an exception; with a little imagination, one may even picture these as singles.  The songs develop swiftly by design, displaying their careful construction.  The opening piece, “Birth”, begins quietly with piano and synth, but introduces a muted percussion, followed by a blossom of bass, and finally a quiet explosion ~ at only 1:12.  A quiet fade occurs at the end as well; the full track is only 2:06.

With over a dozen instruments to choose from, the tonal palette remains lush.  The best tracks – and yes, “Clearing Up” is among them – take advantage of the full roster.  The album is a reflection of melt and seed, honoring the title, which means dawn, light, east ~ the name has been lent to the Spring equinox and to the marriage of Mother Earth and the Sun God.  (Thank you, Wikipedia!)  Ostara exudes an early morning peace, a gentle awakening of eyes and earth.  A new album is expected in early 2014, and we’re already eager to hear it. (Richard Allen)