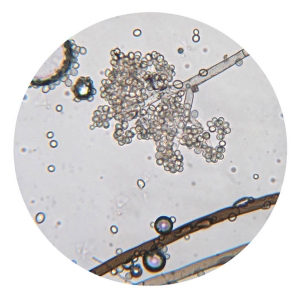 It’s hard to be the standout on a 40-song compilation, but that’s what we said about Lucy Claire‘s “Paelistin” when we reviewed SEQUENCE6 and urged readers to check out her Soundcloud page.  Fortunately Gavin at This Is It Forever also noticed and signed her for a two-track release.  Lucy Claire is one of the most promising performers we’ve heard in quite some time, and she has the potential to break big, a la Arnalds and Frahm.  The combination of her piano, John Garner’s violin, Lily Thornton’s cello, and a host of binaural recordings is achingly alluring.  Suite presents a surprisingly mature sound for such an early release, but she’s been building up to it for years through film work.  Claire already has enough material for an album, and as much as we can, we demand it ~ especially for “String Quartet No. 1” and “If the Moon Could Frown”.

In the meantime, we’ve got “Paelistin”, which is a “name your price” download, and the wonderful one-two punch of “No. 1 Rituals In Dust” and “No. 2 Fantasia On Mildew” (plus a digital “Mildew” remix for those who make the purchase).  “No. 1 Rituals in Dust” picks up right where “Paelistin” left off, with transit and light conversation.  As the train arrives, the listener is eased into Claire’s piano.  Soon the strings arrive, providing a soothing veneer.  One thinks of Joshua Bell’s performance in the DC metro, and imagines the trio performing this song live as passers-by mill around with coffee cups and rush to open doors.  The loudest segment (4:45) demonstrates that traffic can be an instrument of its own; the ensuing electronic crackle adds yet another layer.  A sweet tension is created by the contrast between the measured music of the trio and the swift inevitability of the transit system.

“No. 2 Fantasia In Mildew” is mournful and intense, framed by a recurring five note motif that echoes from strings to piano and back again: one two, one two, one.  Scuttling sounds are apparent throughout, as if someone is tidying up after a party.  For the first few minutes, the piece remains in the quieter range, like a warm-up, but breaks through in the third.  A harmonic shift at 4:12 provides the track’s strongest moment.  Freed from film constraints, Claire has begun to make her best music, and her career is only just starting.  Sign her to a long-term contract; she’s worth it.  (Richard Allen)

Tags: Lucy Claire, Richard Allen, Suite, This Is It Forever