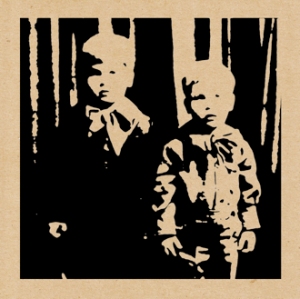 Aw, what’s in the box?  It’s too small to be Gwyneth Paltrow’s head, so it’s probably some sort of keepsake.  Oh, what a nice surprise!  It’s a set of old photographs, a trio of CD3″s, a stamp and a coin!

Wist Records is on a roll with its reissue series ~ each surefooted step has added to the appreciation of the initial works.  The Huddled Tone Eps brings us all the way back to Wist Records 003 (March 2011, original version sold out), but adds a new component, the score for The Elevator at Parkbeg.  As fans of the label have come to expect, the price is reasonable and the new packaging makes it worth the purchase even for those who already own the original.  Square, sepia-toned photographs, awash in yellow, pink, and green, portray images of abandoned buildings, unused tractors, a town in the midst of desertion and decay.  As the town dies, a way of life crumbles as well.  The sad statistic that greets the purchaser as they open the box: “Population: 0”.

Should auld acquaintance be forgot …

The Huddled Tone EP begins with the lovingy warped sound of “Auld Lang Syne”, which operates as aural foreshadowing.  The new year is meant to be a time of resolutions and dreams, but where extreme poverty runs rampant, the occasion inspires resignation and fear.  What will the new year bring?  Nothing good.  The distended choir and filtered orchestra that appear on “Esturary, SK: Deer Forks No. 232” continue this theme of thwarted expectation: great beauty known to exist, but elsewhere ~ huddled masses yearning to breathe free, but running out of air.  As a grizzled narrator intones, “You got no wages, you got no food, no place to sleep, and nobody wants you.” 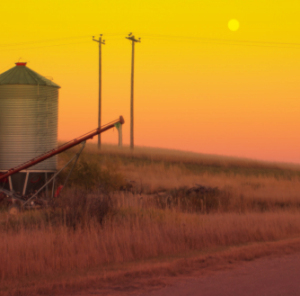 The Huddled Town EP increases the detritus of demagnetized tape and reduces the amount of hope.  The music turns like an abandoned turbine, bearing hints of wind and memories of a muted marching band (“Loverna, SK: Antelope Park No. 322”).  “Remember that one day your hometown won’t exist”, writes Gary Mentanko.  A sad thought for some, even sadder for those who grew up in one place.  In the closing track, children enter and exit like phantom immigrants.  A clock chimes over the sound of dripping water: the last mechanical device battling nature’s reclamation.  “Auld Lang Syne” plays once more, but its notes have been yanked out like teeth.  The huddled town still exists, but its population has dwindled to wires, planks and dust. 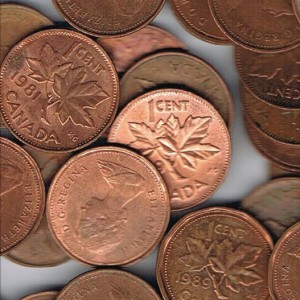 After the tragedy, others gather to bear witness.  Mentanko is joined by Andrew Lee and Ronan McGrath on the soundtrack to Elysia Bourne’s film “The Elevator at Parkbeg”.  An ancient grain elevator is heard in the hauntological opening piece, creaking in a disturbingly tortured fashion.  Saskatchewan roads are shown in an accompanying map; Parkbeg rests just above Old Wives Lake in what appears to be a place between places, a name between names, marked only for those who pass through.  Lee’s “The Dark Crystal” preserves the sense of driving without stopping, conjuring images of a deserted town, crying out to closed windows and inattentive ears.  In the ensuing piece, crickets appear by the stream.  Birds of prey hop on hungry feet.  The sad steel guitar of “Parkbeg, SK: Wheatlands No. 168” bleeds into a final set of muted bells, an elegiac coda.

The initial joy of opening the box is tempered once one appreciates the contents: the old coin, the old stamp, the old way of life.  The coin begins to oxidize.  The stamp loses its stick.  The prairie reclaims its own.  If any nobility is to be found, it rests in the life attempted rather than the life lost.  (Richard Allen)