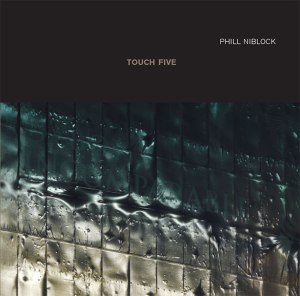 A very interesting strain emerges from an interpretation of Phill Niblock‘s works as essays on organization, not only of sound but of people’s relations to it. In this sense, Niblock’s association to minimalism becomes relevant, not so much in its musical division but its visual arts parallel, in which there is a marked focus on the (perceptual) experience of constituting a space and time, delineating a sculptural conception that banishes any and all determination on the part of an artistic tradition that relies ultimately on the object itself. The scale becomes larger and wider as the gaze melds the object with the place it is in, developing a multitude of relations between spectator and matter that aim for a gestalt: the wholeness that surges from looking at a structure previously unseen, the sudden realization of a fundamental rhythm.

Niblock’s music mirrors this kind of heightening of structural relations, which, because in music the ‘object’ is ephemeral at best, non-existent at worst, follow from having a particular interface in the form of sound equipment. In the first disc, by using ProTools or tapes to multi-layer tracks of a few tones played by different instrumentalists, the artist directly deploys a ‘naked process’, except different to Steve Reich’s own concept of process in the widening of the stakes to include what lies beyond it, the listener’s own gear, living room, the things that it contains, or the place through which he or she is moving. A common suggestion is to listen to his pieces at very high volumes, or in other terms, at volumes in which the sound acquires sculptural qualities, making speakers vibrate their intensity into tables and walls, modifying the surroundings enough to reconfigure the listener’s relations to them, drawn to a holistic experience that re-organizes time/space so that sound itself becomes the key to grasping structure. This is perhaps the reach of the microtonal, constantly explored by the artist, as the de-composition of a series of illusory statements (melodic, atonal, etc.) into the bare life of the purely aural. At its most detailed it makes sense of what is present before the listener, as is most easily tried out by moving around or switching things’ places just to see how this massive ‘ambience’ of drones connects it all anew.

In the second disc, “Two Lips” is rendered thrice by different guitar quartets, under specific directions to play two scores simultaneously for 23 minutes. Each score is divided into ten parts, which are then distributed randomly amongst musicians of the ensemble, in turn divided into two groups but not separated spatially. The musicians are tuned by hearing, through headphones, tones played from a tape. In a way, this tuning reduces the distance between the album and the listener, for the interface is very much the same, or at least comparable in its mechanical aspect. While in the works of composers such as Conlon Nancarrow the mechanical could be conceived as the structure itself, in Niblock’s it is the access point, the element through which a certain order comes to the fore as sheer experience of the moment. Therefore, it is possible to see how in Nancarrow’s pieces it is difficult not to perceive a near-endless atomization, one that is not blurred but highlighted by break-neck speeds; in music like “Two Lips”, perceptual separation is annulled, because even if the same tone was played faster time and again the whole would remain as such – relations shift, but the structure stands, and rearranging the musicians by score group or not becomes, in the act of producing the music and listening, almost irrelevant. This is, of course, not to say that everything remains the same, but to say that while “Two Lips” sounds completely different each time, by each of the quartets, it is still unmistakably the same piece, since what has changed is not the score, the parts, or the players themselves, but the relations between them.

This is, I think, the invitation this music makes, to listen to more than the volumes being spoken and focus on the connections they deploy to constitute a place and hour, the microtonal processes that make our living rooms our living rooms, the angles at which speakers fill an entire street but nonetheless can’t be heard at all if standing at some weird position, and the experience that plays it all out as the perception of something fundamental. This is also why I think Niblock, aged 80 this year, is more than worthy of our continuous attention, because even if other minimalists have moved on elsewhere, he’s still changing the referents of minimalism, making them seem as fresh as they ever were. Hopefully, he’ll keep droning for a long time, and hopefully, we’ll be there to listen to each and every microtone. (David Murrieta)