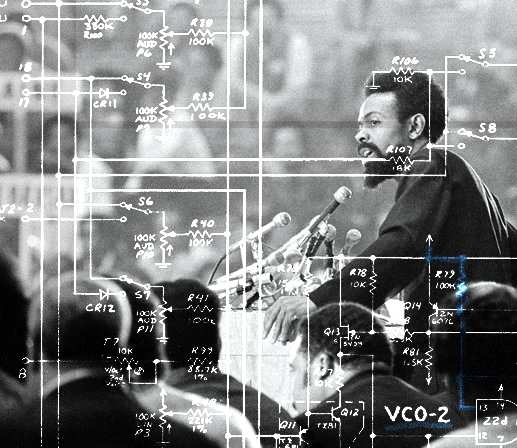 Selected by Gabriel Bogart
Dubbed by the new objective

Last week we brought you part one of Gabriel Bogart’s massive 4+ hour instrumental hip hop playlist, as mixed by me.  Basically, there was no way I could find the time to live mix the entire thing, so I broke it into two parts, and I decided to try to give the two halves slightly different identities. The first half was improvised, without any trial runs and without being very familiar with most of the tracks.  I mostly followed the track order suggested by Gabe, with a few exceptions.  I recorded live to stereo, run through my mixing board and some outboard effects.  Part II features a bunch of today’s most interesting beat makers (like Knxwledge, Chanes, and Dak), but it also had tracks from the legends of hip hip production: RZA, DJ Premier, and J Dilla.  Arguably the three best hip hop producers.  So I approached this one with a bit more of a plan, including how to work in the tracks I left out of the last mix or tracks from this half I already snuck in last week (Bimos, the end of “Crimonology,” and part of “Fallin'”). There’s a variety of styles at work, representing styles from NY, LA, and Detroit, and between.  Even the most straight ahead beats take chances that other genres of popular music can’t fathom.  I love the interplay of loops, the human time-feel of beats being played on an MPC.  Inspired by this, I tried to make it all flow.  It’s live, so sometimes my transitions aren’t perfect, sometimes the interludes might drag on a bit, but I took some chances and I think it captures the moment pretty well.  Enjoy. (Joseph Sannicandro)

Download/listen at Soundcloud stream at Mixcloud.

Part II is dedicated to Amiri Baraka (1934-2014).  Excerpts from his poem “Why Is We Americans” is heard at the beginning and end of the mix. If you haven’t already, be sure to check out his work, beginning with the classic study on Jazz and (African) American music, Blues People: Negro Music in White America. RIP