After a slightly longer than anticipated break, Electronic Observations returns, having battled various technological setbacks to get here, a bit later than predicted. Fortunately, it’s not everyday that my hard drive breaks, although it was something of a surprise to learn that my Mac is considered a vintage machine at the ripe old age of 6. I don’t know what the Apple engineers would say if they saw the contents of my fridge, probably want to put it in museum. Anyway, on with the music… (Jeremy Bye) 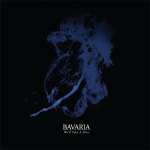 We’ll start the first column of 2014 with an atypic release, in that We’ll Take A Dive is a very vocal-centric album. But, wait! For it is on the admirably consistent n5md label, which has been a good indication of quality electronica, particularly in the past year. More importantly, the music is written and produced by John Tejada whose recent output has been on the equally admirably consistent Kompakt label. He’s had guest vocalists on his work before, but nothing comparable to Kimi Recor’s contribution here, hence the adoption of a new identity to underline the collaborative nature of the work. Recor’s voice is clear, precise, maybe a touch declamatory at times, and coasts smoothly over Tejada’s warm arrangements. There’s maybe a couple of tracks where the combination doesn’t work but, on the whole, it’s a very strong album, sounding fresh throughout and certainly Tejada’s enjoying the discipline of working with Recor. Without wishing to sound churlish, though, a dub version of this would be appreciated.

By way of contrast to the elegance of Bavaria, along comes Chtin Mara who has made a wilfully awkward album in the shape of Madhouse Blues. Imagine Luke Vibert taking his normal sound, adding some dubstep touches but then making it as harsh as he could, and that might give you some idea of what we’re dealing with. It’s not a pleasant listen, but actually the disturbing arrangements and sounds fit in with the concept of the album – sample track names include “Robots with OCD” and “Cyborgphobia”. The Vibert comparison is valid, I think, because Mons Jacet has a humorous spirit infecting his work, and there’s a chance this is an album that will appeal more to Nurse With Wound fans than electronic afficianados. Aside from the comparatively soothing “Butterfly In The Stomach” that closes the album, Madhouse Blues is an abrasive record, but after a while it does begin to make sense, which is probably worrying in itself. File under: uneasy listening.

A manic melange of woozy sounds, New World Music: An Arhaeology is a bracing assault on the exotica sounds of the 1950s, ending up in similar territory to Nurse With Wound’s take on Perez Prado. The constituent parts that ontopsych utilises are lush, breezy, with the sort of swinging vibe that would soundtrack a cool cocktail party, and on “Educations End”, that spirit is still there in force. But elsewhere on this EP, the sounds are chopped up, melded together and reassembled with manic glee. Each track seems to tumble through half-a-dozen dispirit ideas, barely staying in same place for too long. It’s an invigorating listen, as if Kid Koala was asked to remix the whole Stereolab back catalogue, with bits of Steve Reich thrown in as a bonus. In short, it’s a lot of fun. 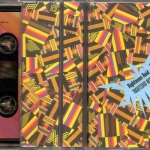 The curse of the multi-purpose genre name strikes again: I grabbed this thinking it would be thirty minutes of acid house-inspired music but instead it’s closer to the American definition of acid, with a discernible psychedelic rock feel. There are also interludes of tropicalia and Africa guitar between the steady pulsing of the rockier moments which certainly keeps the listener on their toes – who knows what direction this will take next? It is similar in spirit to ontopsych, gleefully grabbing sounds from all over the place and thrusting them together into fairly brief passages. I’m beginning to think that a lot of current producers are taking their cues from DJs who just play a minute or so of a track before slamming into the next sound, and making records that adopt a similar magpie-with-ADHD approach. It’s as guitar-centric as we get on Electronic Observations but it’s lively, inventive and certainly not boring.

This seems to be month of concise tracks and short releases, as here comes Seth King with four engaging tunes in eleven or so minutes. In this instance, King sticks to one idea and lets it play out, although he does it in a style – trip-hop – that tends towards the extended excursion so a tip of the hat is due for keeping things brief. Hey, if you like ’em, just play ’em again and imagine the tracks are twice the length. “Totem” has a jaunty piano riff that bounces along, “Sleeper” slows things down with a steadier piano and abrasive sounding guitar and it is evident that King’s combination of piano and beats works wonders, resulting in a sound not unlike Hint whose Portakabin Fever is a personal favourite of mine. Sleeper is similar, but shorter – great to mellow out to, but make sure you stick it on repeat first. 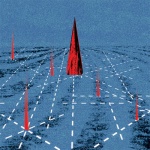 On Ruin, there’s more than a hint of that relatively short period in movie-making when the orchestra was given time off and the synth-based composers did the job – an era that wasn’t to last, and had some failures but on the whole proved that a keyboard and a drum machine could create emotive and memorable moments in the cinema as effectively as a legion of string players. Sky To Speak paint sound with a broad brush, all confident chords and brash drums to start with, but show a lot of heart and soul, displaying a subtler, more reflective side on the second half of the opening track and “Quiet Limbo”. Even these softer moments feel as if they are earmarked for large audiences in big arenas, or for that epic movie soundtrack that Sky To Speak are surely aiming for, although it’s more grounded and better focused than most widescreen electronica.

Confession time: this wasn’t submitted for review, I found it when looking around the internet for info on Seth King – this is his band, and as it fits in neatly alongside his release, it deserves a mention. By now it might not be much of a surprise to learn that this a selection of brief tunes, with hip-hop influenced beats, witty vocal samples, and melodies by the barrowload. The piano on “(nomadic devices)” is a close relative to King’s solo work, only this time it’s coloured with the sound of trumpets. It’s close in spirit to the work of Daedalus, with little scratches and the odd bit of pitch-bending adding to the hip/trip-hop feel. It’s warm and bouncy, putting an extra spring in your step and an little melody in your brain. Grab it now and get it cued up for when the winter finally goes away and the sun is out once more.

From Space Heathens to Time Attendant… I feel like I’m in an episode of Doctor Who Inspector Spacetime. Anyway, the Attendant first came to my attention with an appearance on The Outer Church compilation, and here is an archival recording which should appeal to fans of Ghost Box and Pye Corner Audio, particularly “The Hexapod Star Shuffle” which features a vocalist listing various objects like an arcane shopping list – ‘head of cat and sun disc’ and so on. Packed to the gills with spooky sounding analogue synth work, Treacherous Orb could be a rediscovered recording from any time between about 1972 and 2013, and whilst Sky To Speak embody the broad scope of 1980s soundtracks, Time Attendant is in thrall to the BBC Radiophonic Workshop, going out of his way to provide a disquieting vibe and sinister menace to his music. Dead good. 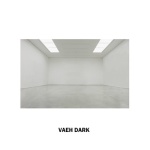 Continuing the theme of a) short records and b) soundtrack-esque works, we have Vaeh Dark’s debut release, inspired by Lars Von Trier’s film Melancholia. Excerpts of dialogue appear towards the end of each track, which I think take the film as a jumping-off spot rather than attempting to create an alternate soundtrack. The tunes themselves are effective on their own, being uncomplicated compositions that gradually build layers of instrumentation over their duration – it might not be the most sophisticated approach to music making but Vaeh Dark makes some wise choices in his arrangements (and choice of samples) and displays plenty of promise on EP1. Closing track “A Deal” is perhaps the best indication of his future direction, with the dialogue being fully interwoven and the production fuller sounding, with added depth. One to watch. 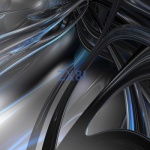 To some you, ‘ZX81’ might be merely a interesting mix of letters and numbers with no further significance. However, with its rubber keys, monochrome display and 16K memory the Sinclair ZX81 was one of the first popular home computers in the UK, and so the name carries an added weight of nostalgia with it. Perhaps it is merely a coincidence that ZX81, the artist, harks back to the old school sound of electronica, but Minyak certainly feels like it is channeling the spirit of Warp’s Artificial Intelligence. It should find itself in good company alongside the earlier works of The Black Dog and Reload, with inventive rhythms, off-kilter arrangements and yearning melodies – and to top it all, several tracks run past the seven-minute mark. It may be a little in debt to the past, but Minyak sounds wonderfully warm, evocative and fresh – this is truly old school science.

Well, now, this is an interesting album, and goes to show how many ways you can interpret a brief. Esc.rec asked a selection of producers to make a track about DJs – not for, by or with, but about. The results are certainly varied, as clearly the definition of DJ is not limited to someone like Tiësto (although he does get a track dedicated to himself), but turntablists, experimenters and scratchers. So after a jaunty opening brace, there’s a lengthy sequence of tracks devoted to the subtle snap, crackle and pop of vinyl. It’s as if Tigerbeat6 signed Philip Jeck and Christian Marclay and stuck them in the middle of a label sampler. It takes a while for the pace to pick up, and when it does there’s a feeling that the tracks are not all they could be – yes “Last Night A DJ Saved My Life” is a classic tune but is there any more need to sample it? Thankfully, there is considerable improvement in the final third, with the tracks sequenced in a cohesive manner that makes listening easier. It’s a nice idea, and a good way to discover new artists although the sense remains that the execution is a little lacking. Disc Jockey certainly has some great ideas on it, but it may have worked better as three volumes of EPs, rather than a full CD-length release.