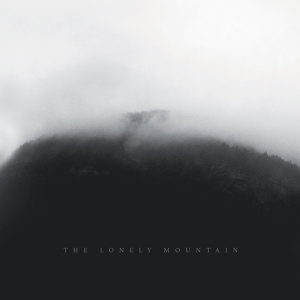 Although the sun is waking from its annual slumber, these fresh vernal mornings can still emerge glazed with ice and shrouded in mist. At such times does The Lonely Mountain make a fitting listen, as senses dulled from sleep heighten: skin will tremble against the sharp air, eyes must squint to penetrate the spectral vapour, and Thisquietarmy will make your ears strain with the captivating minimalism of his latest LP.

No stranger to collaboration through an almost decade-long career, Canadian guitarist Eric Quach has this time teamed with recent Belgian touring partner, Syndrome – a similarly meditative soundscaper. Vanquished are the thunderous drums and ethereal vocals that graced his prior work, Hex Mountains, leaving a sound less overtly dynamic and more firmly anchored to one of the several genres Quach flits between: drone. The genre changes but the mountainous fixation remains.

Although a repetitive title, The Lonely Mountain is nonetheless an apt one. Throughout the four lengthy pieces (only one of which falls under 10 minutes), persistent desolation is conveyed. It takes over seven minutes for any sound even passingly redolent of life to pierce the suffocating synth swells that enshroud “The Cold Valley” like a miasma. When it arrives, the high-pitched feedback projects itself as though a foghorn far away, suggesting distress but of a wearied quality – more resigned than hopeful. The sense of mystery and space is conversely oppressive and calls to mind the compositions of Ingram Marshall, recently used to marvellous effect in the film Shutter Island.

If this opening track represents the base of the mountain, “A River That Never Ends” seems to project the listener to its summit. We are likely at the titular river’s source, where a parting of the clouds yields an airier climate. The sinuous guitar over the opening minutes guides us along the water’s journey as it dances and dives in its descent – a corruscating vein along the scabrous skin of the mountain’s side. Whither does the river flow? All rivers have a mouth that completes their journey, gives them purpose; what of a river that has no end? In time the guitar disappears, swallowed by flanking drones: a protracted two-note rumble from beneath and a searing buzz from above. The river has darted from sight – perhaps seeking sustenance beneath the very mountain that bore it. White noise then engulfs, leaving the river’s subterranean fate untold.

Indeed, ‘untold’ is a fitting word to apply across the record. Bereft of tangible narrative or theme to bind its lengthy pieces, The Lonely Mountain in all its studied minimalism is at the mercy of the listener’s imagination. Let it be ensnared, and you will be led toward the chilling and amorphous boundaries of atonal chaos (as the artists themselves describe it). Elude capture, and you may be left as unmoved and cold as the mountain it depicts.

Whatever your reaction, the disarmingly familiar sound of applause that ends the final (live) track is a wonderfully jarring way to push you back to reality, to warmth and order. (Chris Redfearn)