Man Forever (with So Percussion) ~ Ryonen 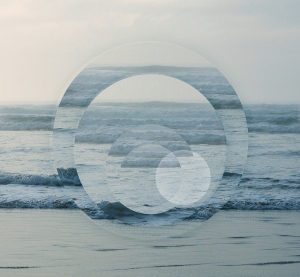 The prospect of an a nearly all-drum album might not immediately get a lot of eager takers. Drum solos occupy an odd place on the respectability spectrum of music. In jazz, they’re an esteemed part of the musical tradition. In rock, they’re maligned as a bombastic relic of blowhards; Rolling Stone once declared them “notoriously the pits.”

But I like drum solos, whether it’s Max Roach or Ginger Baker. I even like the one in “In-A-Gadda-Da-Vida.” So Ryonen, the collaborative new album by Man Forever and So Percussion, sounded like a good fit. It’s 30 or so minutes of almost nothing but drumming, divided into two pieces – the 11-minute “The Clear Realization” and the 18-minute title track.

Ryonen doesn’t fall easily into jazz, rock or any genre – perhaps not surprising, considering the musicians’ backgrounds. Man Forever is founded by Kid Millions, the drummer for Oneida, a Brooklyn outfit whose music is a crazy blender of drone, dub electronica, minimalism and a lot of other stuff. So Percussion has concentrated on contemporary works by the likes of David Lang and Paul Lansky. So it falls more into an avant-garde, Steve Reich-y type realm. So some expectation adjustments are required when you venture into Ryonen.

While traditional drum solos unsettle listeners with constant shifting and about-turns, the work of Man Forever and So Percussion has the opposite effect. On Ryonen, the percussionists create and almost trance-like atmosphere. With a few exceptions, changes are in the form of very gradual mutations. Play it while you’re doing chores around the house, and you’ll miss a lot; it might all sound like so much aimless pounding. Concentrate, though, and you hear rhythms emerge, rise and then fall into the background while others rise to the surface to take their place.

(On a side note, the repeated listenings of Ryonen prompted me to go back to last year’s Drumgasm, a single 39-minute all-drum piece by Zach Hill of Death Grips, Sleater-Kinney’s Janet Weiss and Soundgarden’s Matt Cameron. I didn’t think much of it on first listen, but with more focus and patience on subsequent playings, I’m hearing things I hadn’t previously. I’m still not totally on board with it, but closer than I was.)

Both pieces on Ryonen feature vocals to varying effect. “The Clear Realization” has raga-like singing that belongs somewhere else. It breaks the spell of the piece, which is the more groove-oriented of the two. The vocals on “Ryonen,” though, integrate well – so much so that you might not notice the singing when it shows up.

Previous releases by Man Forever have been ungainly affairs. The drumming wasn’t as tight, the atmosphere generally a lot noisier. On Ryonen, things are more precise and a lot more musical. I don’t know how much So Percussion has to do with this change, but I suspect a fair amount.

Lincoln, my 2.5-year-old son, apparently has inherited my drum-solo-loving gene, so I enlisted his help in reviewing Ryonen. When we play “Moby Dick” – John Bonham’s famous showcase on Led Zeppelin II – en route to daycare, Lincoln air-drums from beginning to end, often giggling maniacally. Listening to Ryonen, however, he drummed for a minute or two, then stopped and stared out ahead. I thought he was bored. When the music stopped, though, he shouted “Drums! Again!”