Cliff Dweller ~ The Dream in Captivity 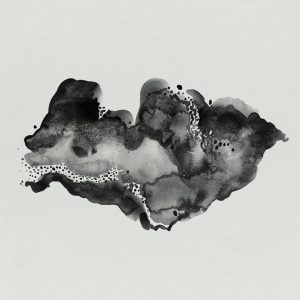 In a short period of time, Cliff Dweller (L.A.’s Ari Balouzian) has already developed a unique sound: a mélange of scratchy sample, dialogue, viola and drone that is unlike anything else on the market.  While his influences are apparent (78s, vintage soundtracks, the early work of The Caretaker), there’s an excitement present in his work, a sense that he is venturing into territories unknown.

Travel back a couple years, and we find the artist dabbling in beat-heavy excursions on Hallucinations and Perch Verdad, the latter which shares an aesthetic similarity to the new work, thanks to the contributions of cover artist Oliver Bernsen.  Bernsen’s work can also be found in an art book that is available with the vinyl purchase (we recommend the clear vinyl!).  But even then – and it wasn’t that long ago – hints of Balouzian’s eventual sound could be found in tracks such as “the white” and orange (outro)” ~ a focus on texture, a melancholic timbre edging shyly toward the shadows.  Dialogue and song samples were also present back in 2011 (“beirut”, “help”), but things really started to coalesce with Ghosts of the Dust Bowl, an album that sounded like a film but didn’t need cinema to succeed.  To no one’s surprise, Balouzian did begin to make indie soundtracks – the short film When We Get to Heaven is one of the most disturbing pieces around, beginning as a dust bowl documentary before delving into religion, then toppling into terror.  The equally unsettling but more modern The Giant (2013) even made short but effective use of Johnny Cash (“peaches”).

All of these elements – mystery and terror, religion and awe, film and field recording, sharp edges of string and soft edges of cloud – come to bear on the new recording, four tracks that are as heavy on composition as they are in sound design.  These sonic paintings are their own stories, each worth a thousand words.  Around every corner lies a new influence, from comfort to contagion, mutilation to embrace.  The traffic at the end of “Floodlights Burn the Night Sky” is accompanied by an abrasive double tone and an increase in volume; it’s certainly not benign.  But just as one is beginning to think of a body lying off the highway, the instrumentation shifts to the pensive piano of “Valhalla National Park” – at least for a few minutes.  Cliff Dweller means to surprise through contrast, and he succeeds.  If anything, this is his hallmark.  Run, run, he’s going to catch you, he has a knife … oh, would you look at that pretty moon.

Whenever the viola enters, the music takes on additional weight.  When added to static and vinyl loop, the layering warps space and time.  Past and present overlap like a seance gone wrong.  Despite such seeming oppression, an elegiac sense is also present, never more apparent than in the mottled choral loops of “The Sound Was Always Beautiful Under the Electric Wires”.  Cliff Dweller shies neither from darkness nor light; he wants to capture everything.  As his choirs are beaten into submission by punk drums, the listener realizes that this music is at war with itself, a sonic reflection of the battle over, or within, a soul.  The viola has the final word, swooning against a backdrop of falling stars and sirens.  The heavens may be crumbling, but their debris is too lovely for words.  (Richard Allen)