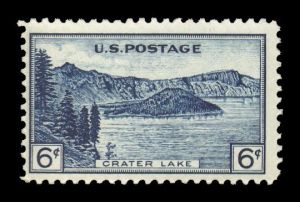 We’re looking for the world’s best instrumental post-rock.  This week, we’ll be traveling around the planet and covering a few releases daily, starting in the U.S. with Unconditional Arms and Wander from the west and Tides of Man, Cavallo and Ghosts of Sailors at Sea from the east.

This series began with a question and an idea.  The question: Where is all the year’s best post-rock?  The idea: to leave no stone unturned.  Only a handful of the releases we’ll be covering this week were submitted for review.  Most of them we purchased ourselves.  The title of the series refers both to the international flavor of these artists and to the fact that their recordings make an excellent soundtrack for a road trip.  And so, not only were these EPs and albums streamed on the computer, burned to discs and played on home speakers, they were also taken on an interstate road trip, making the title of the series literal as well as metaphorical.

Note:  We’ve already reviewed some great new instrumental post-rock this year, including albums from We Stood Like Kings (Brussels), obe (U.K.), Montag (Rome) and Rocket Miner (Chicago), as well as an EP from Dumbsaint (Sydney), so be sure to check them out in our Rock, Post-Rock, Folk and Jazz section if you haven’t already!

The first two artists in today’s feature reside within ten miles of each other.  Unconditional Arms hails from Oakland, while Wander resides in San Francisco.  Each of these cities contains its own baseball team (the A’s and the Giants) and American football team (the Raiders and the 49ers).  But let’s not make this a competition.  California’s Bay Area is big enough for both of them.

We last encountered Jeff Wright (Unconditional Arms) with the happy and personally packaged Kinship, a dedication to his newborn son Owen.  The two track follow-up EP, Virtue Circle (GIANT MKT), is the first to use a full band.  The difference is obvious: while the record retains its ebullience, the overall sound is much richer.  The monologue of the second track is spiritually encouraging:  “I was hungry to create something and to make something happen … I just want to give back.”  The mood is elevated; the mind is focused.  When the music kicks back in, it’s with a higher sense of purpose.  The virtue circle is the “brilliant light” of the people surrounding Wright and friends, and this release is his gift to them.  You are appreciated; you are loved.  The difference between Unconditional Arms (whether solo or as a band) and others is the sense of transparency between artist and listener; we are invited to view the family album and to see inside the creative process.  “Bear Fruit” is the better track, but “Son, Daughter, Daughter” is the more important one; together, they form an excellent 7″ that would also make a nice gift for a graduate or friend. 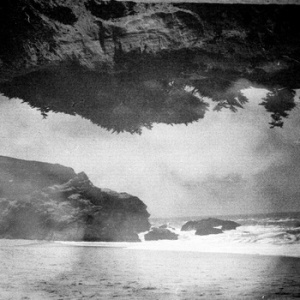 From across the bay comes Wander, a four-piece band whose latest work will be released on cassette this month on Headless Queen Records and Little League Records.  Wander draws note to the fact that much of its music is composed by its 18-year-old drummer, but we’ve encountered young musicians before and age is not itself a selling point.  More important to the band’s appeal is its prowess.  The caffeinated opener starts with a boom, then a pause, then rapid-fire drumming, setting the template for the rest of the tape.  This is the sort of recording that once upon a time was traded hand-to-hand at shows, bootlegged, spoken about with a sense of discovery.  There’s a little bit of punk in this post-rock, and that’s alright.  Not every track is this fast, but the energy never flags.  “Youth” even slows to a crawl like a teenaged nap, then revives as if a Monster drink has been consumed.  With tracks as short as two minutes and as long as fourteen, Wander shows no lack of ambition; the lessons of previous generations have been well-learned.  The long title track is a masterpiece, and probably kills live; it’s the best extended post-rock song we’ve heard in quite some time.

Traveling now to the Eastern Gulf, we find Tides of Man in Tampa in the middle of an “identity crisis” as it shifts “from progressive rock to post-rock instrumental.”  But this is the real thing.  Tampa itself is a city in flux, as are its football and baseball teams, the Buccaneers and the Rays.  Visitors love the salt water beaches, but are warned to stay out of fresh water areas due to the gators.  Certain areas are prone to flooding.  Tides of Man is a perfect name for the band, whose hard work and attention to detail have swiftly won them high marks from post-rock fans and a healthy amount of international acclaim.  Wider fame is on its way.

A quick look at the Bandcamp page and one already intuits encouraging signs.  First off, the album costs the same in digital and disc form (so why not get the disc?).  Second, it’s also available on vinyl.  Third, fans can’t seem to agree on the best track.  Why?  There are too many good ones to choose from.  Opener “Desolate, Magnificent” has a HUGE burst at the end (and no one picked it!).  “Mountain House” rocks along at a rapid pace with crashing drums, thick guitars and a mid-piece tempo transformation.  “Drift” closes with a series of astonishing riffs.  “All the Years” is an acoustic palate cleanser.  Every track has something to recommend it; it’s scary how much talent this band has.  By the time we reach the melodic chants of “Measure Your Breath”, we’re thinking, “Identity crisis?  Are you kidding me?”  Don’t change a thing. 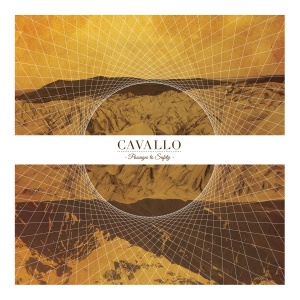 Brooklyn’s Cavallo and Boston’s Ghosts of Sailors at Sea join forces for the powerful vinyl split release.  The nautical theme is perfect for this time of year, as the northeast is still waiting for the waters to warm but the sailors are liking it just fine.  With a choice between sun and sea colored vinyl, the sea won by a landslide.

Cavallo is the harder of the two bands.  Their side is an extended suite called Passages to Safety.  As the three tracks blend together, vinyl really is the best choice for the release.  Otherwise one might regard the tidy 2:47 opening piece, “Flooded With Starlight”, as a single on its own.  The good thing about restricting a post-rock song to this length is that it eliminates the temptation to noodle.  These Brooklynites don’t noodle, they rock.  After a brief and beautiful build, the riffs come fast and hard, riding atop the guitar melodies like urban surfers.  The track closes in a stampede of drums, setting up the centerpiece, “Send Me Back Into the Dark”: all rock, all the way through.  As a dispatch of squall washes this piece into the gentle closer, the listener is left to muse on the distance traveled.  Technically, during the length of the piece, one would have barely exited New York Harbor, but this passage to safety implies a longer, more dangerous voyage with only the highlights included. 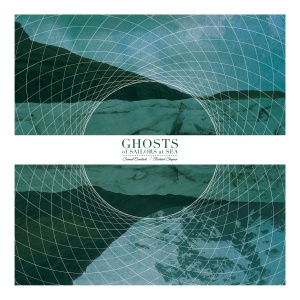 The closing words on Cavallo’s side, “the vitality of death”, set the stage for Ghosts of Sailors at Sea. Opener “Samuel Comstock” references the story of the mutiny on the whaling ship the Globe.  First the captain was killed, then in a second mutiny Comstock was killed, and finally most of the remainder were killed by residents of an island they invaded.  Not a happy story.  The twists and turns and violent uprisings are captured well in the tumultuous piece; the only thing missing is the sense of danger.  But perhaps this is what the narrator is speaking of on the other side: making meaning out of death.  In the most effective section, most of the band plays slowly while one guitar goes wild ~ a reflection of the tensions that existed aboard the ship.  In contrast, “Richard Shepson” references a coal passer killed in the last U-boat sinking of WWII.  This more elegiac piece possesses a feeling of sympathy for one who did not need to be lost: a victim who in death became an ironic hero.  One extended note, and the piece is over; time to flip and start again.