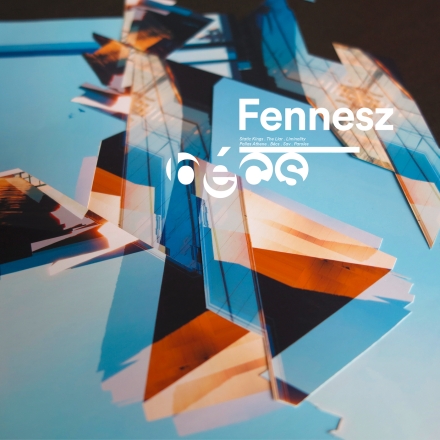 In 2001 Mego released Endless Summer, a shimmering wave of digital guitar manipulations that ranks among the best – and “poppiest”- of Fennesz’s now extensive catalog. It wasn’t just the album that solidified Fennesz among the upper echelon of electronic musicians, but also the album that made electronic music accessible for many who had otherwise not been inducted into the esoteric world of what is often challenging music. Endless Summer was welcoming and gorgeous while still sounding utterly new. Fennesz’s work since has drifted into darker, more turgid, waters, dense compositions of fuzz, hiss, and glitch masking what is ostensibly still guitar music. His various collaborations- with Sparklehorse, David Sylvain, Keith Rowe, Toshimaru Nakamura, Oren Ambarchi, Sakamoto, and the list goes on – stretched other muscles and further established Christian Fennesz as a versatile artist who could maintain a recognizable style across multiple genres.

Now more than a decade after Endless Summer Fennesz presents Bécs as a conceptual sequel, his first solo LP since 2008. Don’t take that pop tag too literally, though. (He did choose a song titled “The Liar” as the first single, probably the darkest of the album.) Bécs is less dense than the solo albums that came between, but it’s still full-sounding and rich in texture and dynamics. Guest musicians add drums, bass, and modular synth on a few of the songs but their contributions tend to be subtle supporting roles, not flashy arrangements or guest features. For Fennesz, “florid pop mechanisms” break down into sheets of abstract sound, controlled feedback, and overblown guitar noise organized into neat, fluid movements. The melodies splinter at the edges but hold fast against the noise, static is filtered and broken up into gestural rhythms, and each track seems to find its own inherent structure. The heart of most of the songs is actually something one could strum on the guitar, and in this sense the work is true to the pop evocation, but the results are completely expanded and reconstructed.

Call it what you will, Bécs is a powerful and complex work, one that warrants and rewards repeat listens. “Static Kings” kicks off the album, opening with a flourish of panning modulated sounds, a muted broken drum beat until at 30 seconds a strummed chord progression introduces the core melodic lead.  Not exactly formulaic, but it is almost instantly accessible.   “Liminality” and “Bécs” are just downright beautiful songs, sure to be remembered as among the best he’s ever produced. The former is clearly the centerpiece of the album, ten minutes long but never lagging. Each song, even those slower to reveal themselves, contribute something meaningful to the whole and Bécs presents itself as a coherent work.  By the end of the 43 minute running time, there is no doubt that this is a worthy successor to an album as lauded as Endless Summer.

But why return to this conceptual space after so much time?  In other words, what does Bécs mean?  The title of the album bears unpacking, and might offer some clues as to the artist’s intentions. Bécs [pronounced ‘Baeetch’] is the name for Vienna in Hungarian (and for the record, the Austrians call their city Wien). A reminder to those who aren’t history buffs, Austria and Hungary formed a multi-national dual monarchy that was one of the great powers of Europe until their defeat during the Great War. In many ways Vienna and Budapest (the Hungarian capital) represented the apex of Western culture, certainly of aristocratic classical/art music. In one corner of the cemetery in Vienna, one will find the remains of  Brahms, Schubert, Strauss, and Beethoven, and a memorial to Mozart (whose actual remains were more or less thrown out with the trash). Vienna was the largest German-speaking city in the world, the center of Germanic culture. It has always been known as the City of Music, and in many ways is a bastion of conservatism and traditionalism. Yet it was also an important nurturing ground for the rebellious modernism of the Expressionists, the home of Austrian Secessionism and the Jugendstil (or Art Nouveau as its known in English, borrowing the French name). Vienna: the city that gave us Schoenberg and 12-tone music, and the city of Freud and the Unconscious.

I won’t try to psychoanalyze Fennesz from afar, but with this in mind Bécs seems to me to be about more than simply adopting an unfamiliar viewpoint. Like the Slovenian industrial group Laibach ironically using the German name of their home town of Lubljana, I imagine Fennesz adopting the Hungarian name for his own city in order to reveal some hidden aspect of the current reality. A century after the start of the events that led to the collapse of the Austro-Hungarian Empire, which in turn set the stage for joining with the Nazis through the Anschluss, Fennesz is imagining a future that could have been. Or maybe, considering the radicalism pursued by Fennesz and the artists of Editions Mego, an alternate history of the present.  (Joseph Sannicandro)