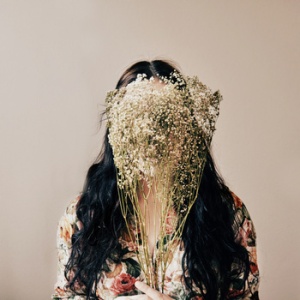 Sweet Fade is everything you’d want in a dream pop record. The music swirls like a ripple of warm, tropical water, drenched in a smiling halo of light. A nice, warm-blooded bassline runs through the music’s circulation and the rhythm acts as the music’s skeleton, giving it a sense of real movement and positive purpose. The drums skip and flip like a professional skateboarder doing some impressive tricks in the park, putting the moves on for the attractive girls that walk by. The beats are playful and passion-soaked. They love what they do, and they help the music to cruise gently.

Sweet Fade flourishes from start to finish. Its golden harmonies and brilliant, melodic bubbles contain nothing but major tones that drool with light. Beautiful delayed beats jump around, as if they were skipping over a rope in the electronic playground. The light female vocals could’ve originally come from Disney, but the majority actually came from a compilation of the Japan Airlines Midnight Cruise Radio series. Their sweet and sugary sampled vocals have a fluid rhythm, which is strange because a sample is, by its very nature, an interruption, an inserted phrase.

The music wears its clothes, or notes, loose and with ease, like that favorite summer t-shirt. Female vocals are a perfect fit where dream pop is concerned. They blend into the kind atmosphere with ease, as if they were always meant to be together. “Dream Year” is instantly catchy. The casual beat hooks you in and the warm harmony stretches out above like a golden arch. The chords don’t go too far from home base, reeling back in and, again, showing kindness in their subtle approach and perfect landing. It’s a beautiful, brilliant progression that lies over a bed of sizzling static.

(exitpost) keeps it relatively straightforward with his use of a portable MIDI controller and Logic Pro, and the young artist already shows plenty of courage and ability. Forget the early dawn of promise and the encouragement that comes with continued development, (exitpost) has the talent and he’s already close to black belt electronic mastery; not something we’re used to seeing with younger musicians.

“Illegal Cheer” is a sublime track, made all the more beautiful by its relaxed chords and a slightly overdriven guitar tone that creates a little contrast, a little sand against the shiny sound. The lilting phrases radiate out of his clean Fender Telecaster. All that’s missing is a ukulele. Kenneth Herman adds some male vocals later on, changing the colour of the music ever so slightly. Again, it’s a nice contrast. The optimism is there in all its golden glory, splaying itself over the music like a tanned sunset. The coda “Sweet Fade” is a fine, fine track. Angelic in nature, the music’s like a white, silky veil, ruffled by a thin breeze that speaks of September. Fairy tales may be a fabrication, but dreams can come true if you cling to them; (exitpost) will make you believe. (James Catchpole)