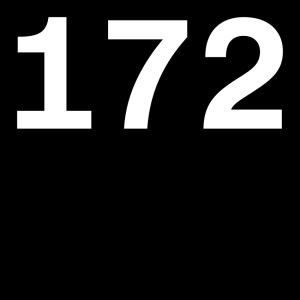 While every instrumental album is open to interpretation, some beg to be discussed.  Pouya Ehsaei‘s There is one of them.  This ambitious work from the Iranian sound artist introduces Iranian music samples, then pulverizes them with processing and electronics.  If this work arose from outside the nation, it might be questioned, but its authenticity is never in doubt.  If anything, the music comes across as inside journalism from a native observer.

We won’t go into the recent history of Iran here, save to say that it has been a rocky few decades for the still-proud nation.  The military and political turmoil has been compounded by shifting allegiances and unfortunate caricatures.  When the Western world thinks of Iran, they tend to forget that it is the cradle of civilization, the birthplace of writing, the inspiration for works ranging from Shanameh to Persepolis.  The name itself can be translated as “fertile.”  And fertile is the mind of Ehsaei, who has created a unique work that simultaneously honors his nation and reflects anger at its psychologically diminished status.  Without the background, the album would still be a stunning example of creative electronics; with the background, it becomes much, much more.

The samples are heard in plinks and plonks, typically at the beginning of tracks, dissipating like individual droplets in a downpour.  But sub-melodies hide throughout the work, inhabiting the background like serfs in the presence of a king.  At times, all that can be heard is their low-level hum, a choral echo, a repressed populace, a buried pride.  Ahmad Shamliu’s prison poems come across as radio chatter, sound and fury, dropped transmissions whose tone bears the weight of their visceral power.  And over it all, like a mist of regret, a fog of indecision, a cloud of unknowing, an electronic shroud blocks out the light, whitewashes the history, substitutes itself for the truth; and nothing stands in its way.

Shall we conclude that the title intimates intimidation?  It all depends on the inflection.  There, that will teach you.  Or might we regard the cup of beauty as half-full, the populace still present, the hopes still bubbling underneath like the ghosts of traditional songs that refuse to settle into the silt?  There, still there, beneath the rubble and the chaos and the debate.  This is our preferred interpretation.  If it holds true, There is less a cry of anger or sadness than determination, a treatise from the other Iran, forgotten in the world’s collective memory, but not gone, never gone.  (Richard Allen)