This season, the Backward Music label is trying something new: releasing music every few weeks in different formats.  The latest trio includes a slice of pink vinyl, a digital download and a download with zine.

Upon seeing the logo of the Halifax label (above left), one may remember 2012’s Backward Music vol.1.  That set introduced the work of Bing & Ruth, Tim Crabtree and Joshua Van Tassel to a larger audience.  Bing & Ruth has been in the spotlight this month thanks to the release of a new album on RVNG, but the others deserve more attention as well.  Live at the Music Room, recorded at the Halifax Jazz Festival, reunites the team.  On the basis on this set, this must have been a wonderful night – warm and inviting, with a quiet, appreciative audience.  Few coughs are heard; the only indication that these are live performances is the happy applause. 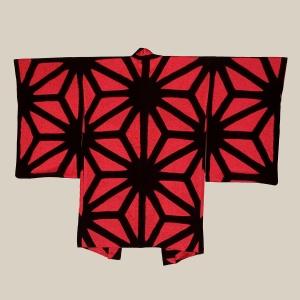 The only thing thing Tim Crabtree needs help with is his track titles; as names, “Part 1” and “Part 2” are entirely nondescript.  His electric guitar tones wrap around the listener like a warm afghan knitted by a beloved relative.  Crabtree’s music flows harmonically over the course of these pieces, which come across more as texture than as song but are no less lovely as a result.  The deeper tones of the second part lead to a meditative segment in which silence is key; the shuffling of the performer becomes part of the performance.  Joshua Van Tassel follows on piano, and his tender playing is a perfect match for the gentle guitar that accompanies it.  Based on the titles alone – “Smile at Me” and “Group Hug” – one suspects Van Tassel of being a positive person, easily able to win over an audience.  But what one doesn’t suspect is that Van Tassel is lately known as an electronic artist.  This appearance represents his stripped down sound, but the original version of “Group Hug” also includes handclaps and beats.  It’s hard to choose a favorite; this is the rare case in which two versions are equally appealing.

Bing & Ruth presents one song from each of its last two albums.  “And Then It Rained” is the only track here that also appears on vol.1, and while it is one of the quieter tracks on City Lake, it’s even quieter here.  This is a good way to introduce the “new” sound of Bing & Ruth, whose original large band has shed a few members.  As one might expect, it’s a perfect rainy day song, with notes arriving slowly, as if just rising from bed.  The newer “Postcard from Brilliant Orange”, the closing track on Tomorrow Was the Golden Age, comes across as equally languid, the piano notes landing like tentative feet on a cold wooden floor.  Ironically, this is the track with rain, rumbling in the distance; or maybe a real shower was taking place while it was recorded.

A literary find is behind Andrew Sisk‘s The Passing of the Buffalo by Buckskin.  The artist found a used copy of the 1916 book and was so moved by its message that he decided to write a score and zine, enlisting the aid of Ryan Cook (narration) and Pete Hall (lap steel) to flesh out his vision.  Much more than a simple score, the single ten-and-a-half-minute track serves as a tribute to a lost time, an elegy for a fallen species, a warning about the depletion of natural resources, and a moving composition that conjures images of vast plains and noble, doomed creatures.  Cook’s world-weary intonations are perfectly matched by the music, which is first languid and finally swirling, a dust cloud of devastation.  An instrumental version would make a great bonus track on a future release.

And now for something completely different: the post-rock/prog of Force Fields, whose 7″ Subtle Hanky is the quintet’s first physical release after a decade in the business.  While fans will definitely want more, they likely thought this day would never come; most have made do with whispers and bootlegs.  The title track begins with a bang, offering pounding drums, screaming guitars and a sense of apocalypse.  Then the band relents, allowing the melody to come forth, accompanied by a repeated bass line and even a glockenspiel.  “Fallonsscraph” establishes its presence with the drum, then backs off a bit to allow the other instruments to do their work.  By the end, it’s all-out war.   Perhaps the band can be talked into a full-length work?  If not, we still congratulate Backward Music for getting them into a studio.  Look for more music from the label throughout the season!  (Richard Allen)