Well, it’s been a while… rather than dwell on the gap between columns this year, let’s enjoy a raft of new electronic releases, instead. (Jeremy Bye)

The German dubtronica duo have not exactly been prolific over the years, and there have been a few changes in direction over their twelve year partnership but it would seem that joining the Apollo roster has been the extra push in the right direction they required. It’s only been six months since their fourth album, yet here they are with two new tracks of taut grooves and precisely crafted ambient dub alongside three remixes of album tracks. It’s a cliché to put a reference to ‘typical German efficiency’ here but it fits because there’s no sense of effort in this music, the beats and basslines have been polished so much they almost gleam, and the ambience is just right. As if to underline the importance of mood with this music they include a Red Axes remix of “S.A.E.”, which is spectacularly out of place, sounding more like the Two Lone Swordsmen at their most rocky. Thankfully, Gacha and a rare mix from Dr Atmo restored the chilled-out dub to full effect, so in the end it is a smooth ride, slightly spoiled by the speed bump in the middle. 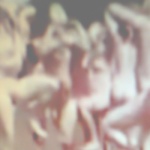 It’s all a matter of timing; if Animixes had been released a few months earlier I’d have been enthusing about the way it occupies territory similar to Richard D. James and therefore makes the wait for a new Aphex album seem less of a worry. Instead, it comes out on pretty much the same date as Syro so I’ll have to rephrase things. Try this: if you liked Syro but missed some of the strangeness and charm of Drukqs then lend an ear to Animixes. It may open like the weird sibling of a Lisa Gerrard track but it soon settles down into a sequence of clever, inventive part-techno, part-folktronica tracks. As the album progresses, the tracks gradually lengthen although I’m not always sure this is a good thing, as the out-of-control keyboard solo on “Mushi Dance”, for example, could have been reined in. On the other hand the plucks and burbles of “Nausica Love Trance” do benefit from a similar running time, luring the listener into the the trance-like state suggested by the title. Hudson Glover is maybe a little over-reliant on voice clips, and there are probably a handful of tracks here that could have been left out to go on a later EP, but overall this is excellent fare. 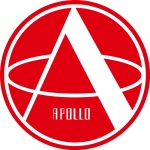 Another dub-inflected EP from the Apollo label, this one sees London-born, Berlin resident Charlie Baldwin cover several contrasting styles in a short space of time, with the assistance of Danny Jaqq who provides vocals on two tracks. There’s a hint of early Massive Attack on tracks like “Where’s My Mind At” and “Wave Multiplier” without them sounding too trip-hoppy and Jaqq’s delivery is more spoken word than rap. The ambience is turned up on the two-part title track that bookends the EP, with the liveliest tracks  adding intelligent splashy jazz-inflections into the mix, and are likely to get the most stand-alone spins. I suspect “We Heart London” in which Jaqq contributes some obtusely grumpy lyrics is shamelessly courting the capital’s DJs. But the EP works better as a whole with the different styles fitting in seamlessly alongside each other and providing Apollo with another winner. 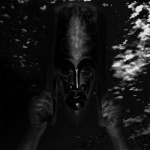 We can all chuck out phrases like ‘Music’s a global language’ until we’re blue in the face but this is one of the clearest examples of the statement. Le Zoo Des Monstres is the first artist from Réunion in the Indian Ocean to appear on these pages, and this work is inspired by the island. To the untrained eye, Réunion looks an idyllic place, all sandy beaches, blue oceans and tropical weather. But Ghosts… suggests something else. An island surrounded by menacing sharks, the interior filled with dense vegetation and the possibility of volcanic activity must keep the inhabitants on their toes; more like the island from Lost then than a picture postcard tourist magnet. Le Zoo Des Monstres, from the mask on the cover onward, dwells on the more sinister side of island life, all nervous beats, fizzing electronics, and menacing samples (that peak with the sweary “Le Dernier Écran”). It’s a very accomplished work, keep the listener enthralled and on their toes throughout, with a real sense of underlying disquiet. Highly recommended.

Last year’s raid on the µ-ziq archives on Somerset Avenue Tracks seems to have been quite the motivational shot in the arm for Mike Paradinas who has released an album and two EPs worth of new material since, Rediffusion being the most recent. The name itself is enough to suggest that this EP with be a mellow, nostalgic work – Rediffusion was a big name in broadcasting for fifty years but to people of Paradinas’ age, the company will be best known for TV rental shops on the high street in the UK, alongside Radio Rentals and Rumbelows. The sound is recognisably µ-ziq, with the flutey-synth squiggles that are pretty much expected when Paradinas adopts this identity. He’s toned the drums down, though, so the beats are simpler and more stream-lined, happy to sit behind the melodies rather than batter their way to the foreground. It’s an object lesson in how to put together an EP where every track fits the mood suggested by the title; perhaps this only comes with experience but it does underline that Paradinas is operating on a different level to most producers.

Oomah ~ Every Day Something

Jake Hall used to make ‘aggressive’ (his word) dubstep as Miniweapon but has elected to tone things down a bit as Oomah. So he’s cleared out most of the wubbles and drops – the elements that were never really dubstep in the first place – and retained the lurching off-kilter elements that can be used in a more atmospheric, thoughful, even delicate manner. It’s quite a change in direction but given that Hall was travelling down a blind alley as Miniweapon it was the right thing to do; he gets perilously close to going back to his EDM roots on “Paragram” and it requires a lot of inventive percussion programming to drag it away from the double time kick drums that crop up a couple of times. Better to focus on the successes; “Air Hug” is positively jaunty, albeit the least characteristic track here, sounding like an updated Plone. “Cellar Door” carries quite a hint of menace that fans of Pinch will enjoy. Essentially, then, it seems that Oomah is a step in the right direction but Jake Hall still needs to shake off the EDM to make a fully realised transition. 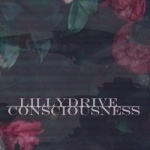 The Alaskan producer has been posting music on bandcamp throughout 2014 although Consciousness is the first we’ve heard. Perhaps the quantity of releases indicates a peripatetic approach to music making; given the way several tracks on this album cut out abruptly, Lillydrive might want to spend a little more time fine-tuning the details rather than producing track after track because there’s plenty of invention in the music here. It’s down-tempo fare, sometimes with added layers of gritty atmosphere, but often crisp, clear and precise – perhaps inspired by the Alaskan winters? – with one particular highlight “Moon” sounding like a techno-dub remix of a Harold Budd track. Altogether, it’s a very persuasive record during the tracks themselves; it’s the way they seem to arbitrarily stop that is annoying. A cut into the next track might work, or a crossfade, but it feels like Lillydrive thinks ‘that’ll do’ and presses the stop button without worrying about the effect on the listener. So there’s considerable good work here, let down by some sloppy execution.

Savaran ~ The Spaces In Between 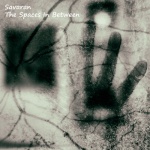 We’ve covered Savaran‘s work before but never in a solo album-length format. So it’s high time we corrected this oversight with The Spaces In Between, a record that touches on both pleasant, floaty ambient and more industrial, dark ambient without committing wholly to either. Savaran instead finds himself occupying the space in between, where one track is all shimmering, swooshy synth waves, and the next is characterised by grainy shards of digital crunch, but elements of each crop up on most of the tracks. Savaran’s been making ambient music for a good while now and it’s clear on this record he’s fully in command of his tools. “Signals Of Distress” is a particularly dense ambient excursion, while “Resistance” is the only place to locate a beat, and even then that is held back for maximum effect. The most impressive track here, though, is the least typical; closer “Glade” swaps the multi-keyboard layering for sparse electro-acoustic bowed strings, field recordings of birds and a distant choir – it’s a rather magical concoction and suggests there’s more in the spaces in between than you might think. 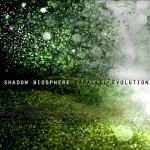 Not to be confused with Geir Jenssen’s shadow-free Biosphere, the debut album from Shadow Biosphere opens in a similar vein to Lillydrive above, but quickly heads off in an altogether darker direction. There’s more than a hint of industrial about many of the tracks here; Shadow Biosphere state their intentions on the menacing “Bylakupee”, which is not the sort of track to have on your headphones if you’re walking home at night. “Multiversal” has a compelling bass line to it which positively vibrates the ears. The duo are quite keen to build up the album’s concept and influences, which add a further dimension to the music; it’s possible to listen to Parallel Evolution without worrying too much about the inspirations behind but it does help create an insular musical world, much in the same way Underground Resistance did with their theories. Shadow Biosphere are on their way to creating something very special indeed, it will be interesting to see where they go conceptually after this impressive debut.

Strategy ~ Cerebral Hut aka Off The Grid

The last time I heard Strategy was seven years ago when he released Future Rock on Kranky, and whilst there are some electronic artists who leave it seven years between records, Strategy isn’t one of them, releasing a steady stream of music via a wide range of labels. He maybe hasn’t been off the grid, but he’s definitely been below the radar. A quick comparison of his Kranky releases and this year’s releases on Peak Oil and 100% Silk doesn’t indicate vast stylistic leaps in that time; he’s man who likes crackly, spacey dubscapes, although he’s happy to speed up the tempos for the more disco-centric stable of 100% Silk. Still, this cassette for Field Hymns does represent a subtle change in direction, albeit probably a temporary one. Strategy has jettisoned the beats for this session, and giving the usual dub sounds an aquatic make-over, so the overall effect is like swimming in a pool whilst ambient dub is blasted out from underwater speakers; it takes a bit of getting used to but once you’re tuned in it all makes sense.