Album covers provide prospective listeners with a first impression; packaging asks people to look inside.  As physical music sales continue to decrease, a new wave of creative packaging has drawn attention to a limited number of releases.  Such releases are honored in Stuart Tolley’s brand new book, Collector’s Edition: Innovative Packaging and Graphics (Thames and Hudson).  Time Released Sound’s edition of Plinth’s Collected Machine Music is featured among many others from the wide world of music and books; it’s a must-have for the holiday season.

The ten releases below were chosen for various reasons ranging from the ephemera included to the natural beauty of the product.  In every instance, we recommend the purchase of the physical object instead of the download. Some are so elaborate that we can’t imagine the time required to prepare them; others are so simple that we wish we’d thought of them first.  While two have sold out, the remaining eight are still available and would make excellent gifts.

And now, in alphabetical order, A Closer Listen presents the best packaging of the year. 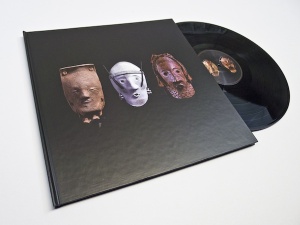 Death Blues ~ Ensemble (Rhythmplex)
Ensemble is not only one of the year’s best albums, it also boasts some of the year’s best presentation.  The album is encased in a hardback book filled with essays about identity and masks.  The music wears masks as well, as it unfolds like the work of a secret orchestra.  This is the rare case in which the cover is also able to compete in its own right: every angle of presentation has been considered.  Sturdy in design and complex in execution, this LP is a perfect example of a complete release: cover, interior art, contents, music.

Felix Kubin ~ Chromdioxidgedächtnis (Gagarin)
This is one of the simple ones, but simplicity is the reason it works.  The CD and cassette are accompanied by an endearing booklet that traces the history of cassette culture from a personal angle.  Kubin recalls early experiments with his brother, and some of these are captured here.  One needs the physical format to understand the physical format, and the vintage advertisements add just the right touch of nostalgia.  Those who love the cassette format will receive the release as a loving ode to a bygone era, as well as an invitation to keep cassette culture alive. 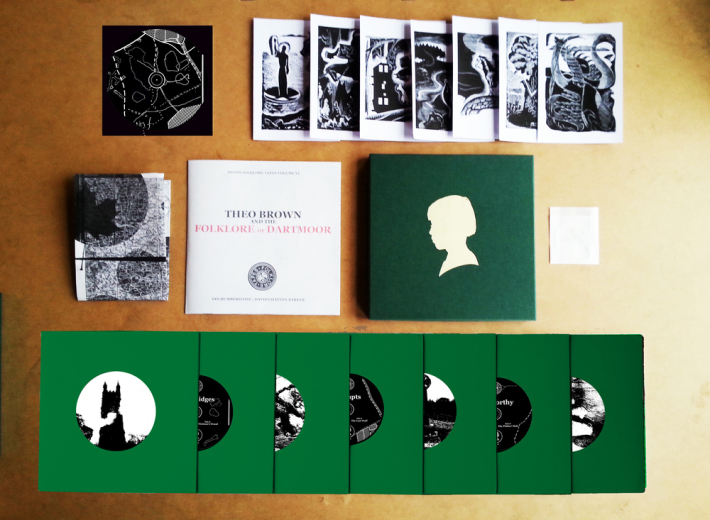 This elaborate set includes seven 7-inch records, seven postcards, a 24-page booklet, a pressed flower and a DVD, housed in a strong green box. The mysteries continue to unfold inside, as the multi-media set investigates the often haunting folklore of Dartmoor.  It’s the sixth of a series, and as the series has grown, so has its popularity, to the point that the artists just announced the re-release of the previous volumes in sequential order.  Purchase these, and you’ll be drawn into the stories that lie within.

Kate Carr ~ Overheard in Doi Saket (3leaves)
How best to translate an elaborate Sound Map into a physical release?  Carr and 3leaves decided to take the alternate route, reducing the set to the size of a train ticket.  The SDHC card contains not only the music and sounds of Thailand, but a mini-booklet (as mini as they come) and a series of photos.  This may be the only souvenir that one might actually be able to smuggle across a border; it contains much more than what it appears to hold. 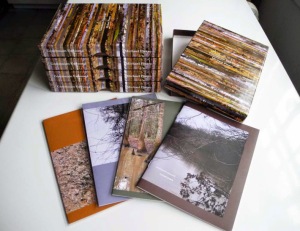 Michael Pisaro ~ Continuum Unbound (Gravity Wave)
A series of lovely booklets encased in a keepsake box, Continuum Unbound showcases not only the work of Michael Pisaro, but the design of Yuko Zama.  Each of the three discs within presents the sounds of Congaree National Park in a different way: unadorned, slightly altered or extremely enhanced.  The set is a study in both field recording and soundscape, and the special treatment underlines the unique nature of the release.  The extensive liner notes are a joy to read as well.

Sculpture ~ Plastic Infinite (Self-released)
This 7″ zoetropic record can trick the eye into seeing continuous movement.  All one needs is a strobe light and a camera.  Or one can watch the video (see our Best Videos of 2014 feature!).  But the record itself is a lovely rush of color and shape, and looks amazing even when it isn’t moving.  Sculpture continues to offer creative and dynamic music to accompany its videos, or the other way around ~ we’re no longer sure which comes first.

Time Released Sound (all)
It’s unfair to choose a single release from Time Released Sound, whose attention to detail also makes it one of our Year’s Best Labels.  Every release is unique, and the execution is always personal.  Monolyth & Cobalt’s album sits in a distressed antique tin; Ross Baker’s release is accompanied by a one-of-a-kind collage; Porya Hatami’s is nestled in a flight book.  There seems to be no end to Colin Herrick’s creativity, and his studio continues to turn out keepsake after keepsake.  For a gallery of photographs, click here; to see what’s available, click below. 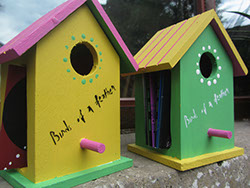 Various Artists ~ Bird Box (Flaming Pines)
This box has a special place in my living room.  Guests always want to know what it is, and when I lift the lid to show them the 12 avian-themed releases inside, they are always astonished.  “What a great idea!” they exclaim, or words to that effect.  When one can impress people instantaneously, one knows that the job has been done well.  This is the second appearance on our list for Kate Carr; Bird Box is a wonderful showcase for an incredible series, and we can’t wait to hear what comes next. 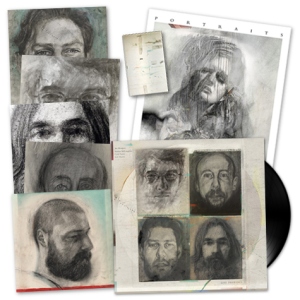 Various Artists ~ Line Drawings
(Desire Path Recordings)
Desire Path went all-out with this bundled release (also available in separate components): an LP, a cassette, five 7″s and a small tabloid, showcasing an incredible array of experimental artistry.  Not only are the line drawings apparent on the exterior art; musical lines connect the components of the set.  This community of musicians is well-served by this extensive release, which draws attention to their individual efforts as well as their collective mindset.  A long afternoon is needed in order to enjoy the complete collection, after which the listener is left sated and inspired. 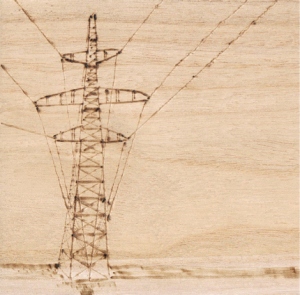 Various Artists ~ The Unofficial Countryside
(Wist Records)
The wooden box pictured to the left houses seven CD3″ discs, each an ode to the nature writings of Richard Mabey.  Wist Records has been on a tear this year, and The Unofficial Countryside is a statement of its strength.  Maps and photographs round out the set, which feels as natural as its subject matter.  The music will be honored elsewhere, but for now, we recommend that readers act now to procure this smart collection ~ only a few copies remain.