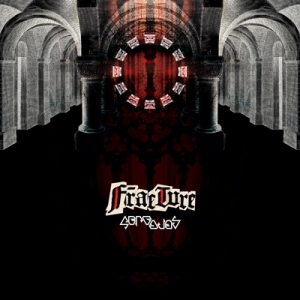 We open on the shot of a priest, but it doesn’t remain benign for long; the head splits in two, a demonic voice erupts, and the entire screen fractures, reflecting the title of the DVD.  Abre Ojos clearly has a bone to pick with the church, but his concerns seem reasonable, mingled with concern for people suffering under dictatorships and all other abuses of power.

The new film Selma is notable in its positive depiction of clergy, who commuted to the Alabama town in 1965 in order to participate in civil rights demonstrations.  This is one of religion’s high points; the relatively recent low points include silence in the face of the Holocaust and the ongoing sex abuse scandal.  Even now, when seeing scores of altar boys in “Meaningless Ramifications”, one makes uncomfortable associations; no distorted vocals or guitar feedback are necessary.  The church is capable of great good and great evil, and as Edmund Burke once wrote, “All that is necessary for evil to triumph is for good men to do nothing.”

Perhaps unwittingly, Abre Ojos also puts a name to the fracturing of morals in a pluralistic society.  Religion is not the only source of morality, and moral relativism has become a modern scourge.  Take for example the media focus on the more “compelling” local crimes to the detriment of ongoing global depravity (child soldiers, systematic rape, rainforest annihilation), or the 21st century turnover from the “me” generation to the cocooning generation.

The DVD’s message is not always clear; when one sees Hitler, one is pretty sure what to think, but when one sees a pretty woman, one is not so sure.  Some of the best videos are impressionistic: “And So It Goes” is awash in purple and yellow tones and exploding fractal lines.  In this case, we must disagree with the part of the press statement that reads, “Fracture is not beauty in any conventional sense.”  The beauty of color and light are universal.  One does need to like kaleidoscopes in order to appreciate the approach, which maintains a folded screen throughout.  Fortunately, few people are adverse to kaleidoscopes.  The gorgeous blood-tinged icons of “A Manufactured Mandate” solidify the point, retaining their appeal despite the dark chanting in the background and sludgy beat in the fore.

The overall effect of the drones and layered images is one of mass hypnosis.  The music represents anger and the images (for the most part, with the exceptions of Hitler and the talking head at the end), beauty.  Together they become a fog.  The DVD stands as an indictment.  Our challenge to the artist is to proceed to inspiration; first move the viewer, then lead the viewer into action.  (Richard Allen)