France’s Eilean Records‘ release schedule has kept us busy in 2015, offering albums alligned with the corresponding season. And more records are coming as we write! Phew. We’ve heard some high quality limited releases in the first third of the year from this label, and as a result, every one has or is close to selling out (Check the bottom of the page for what Eilean is just releasing as well so you don’t miss out on anything else). A Closer Listen delves into late winter and spring releases below. Shimmering Moods Records also released a mix of all the Eilean Releases as a part of their label series, so why not press play and read on…

Much like Murray’s last release Mount View, no single track here stands out, but Loss drifts into new territory – drones. The poignant piano and meditative guitar lines of albums’ past have disappeared, leaving a slow-moving and chilled airspace. Each movement behaves as a lens focusing slowly through layers of ice, bringing peripheral emotions into focus. “Endure” flat-lines like a pregnant, overcast sky. That moment you realize an unseen airplane is flying somewhere overhead? This track bottles that moment and stretches it for nearly eleven minutes. A gently oscillating hum opens “Certainty,” creating a baseline for the only piece with discernible “melody.” More tones buzz and swell like the flanks of a sleeping beast as shimmering waves of bioluminscence pass through. Interestingly, Murray’s final track “Loss” feels the brightest of all, glistening like a winter-blown leaf finally landing on a lake in the dawn of spring. This resolution serves as a reminder that the actual event you fear is not as bad as its anticipation. The human spirit will persevere.

Harry Towell tries something new with his latest release – melodic vignettes with beats! Towell came up with his own phrase ‘periphere’ to refer to the large array of small streams and dykes which cut through the vast and numerous fields of the Lincolnshire fens where he lives. The short form tracks have a very Part Timer vibe as they use chopped up acoustic recordings, vinyl snippets and field recordings. Each song has a rustic nostalgia, perfect for perusing dusty archives deep inside a library. Melodica, finger picking, and harmonica all seem to shuffle into the mix with a clumsy deftness. Towell wanted to create a specific sound for his part of the world, and like Part Timer, these tracks seem to mix an oriental flavor with electro-acoustic sensibilities. The songs feel like memories mis-remembered: as the mind struggles to reform the memory, new confabulations stumble in, causing us to waver and hesitate, yet we fall forward nonetheless.

Born in Japan, recording in Brooklyn, Masaya Ozaki self-professes to focus on “the small moments, the subtleties of change, the essence of the fleeting moments.” This album fulfills the premise with plaintive and meandering guitar pluckings, field recordings, tape loops, reel to reel tapes, piano somnambulism, and sine waves to drift through the pale white dot on Eilean’s covers. These songs have a frosted nostalgia to them, and they slowly chisel away at the borders of memory and focus, very much akin to some of Oren Ambarchi’s solo ambient guitar work. Delicate brush strokes of piano or guitar are often affected with subtle interference and static, coloring the story as if it were being told from a great distance through time, and we are at long last hearing the notes after a century has passed. Fluid and Dreaming of Stripes is a yearning for warmth, a gentle stretching of mental limbs, a cold and curious night witnessed on an 8mm black and white film reel.

A professor of art, art history and visual studies at Duke University, Bill Seaman has for years been working in media arts around the world, scoring music for over thirty installation pieces and commissions. We know him best as half of The Seaman And The Tattered Sail (as well as half of s_straits and Minor Distance). His compositions on f(noir) are austere and deliciously layered with aching female vocals, poignant atmosphere, and tons of space.  This is sensitive and very personal in nature -a hall of horrors compassionately decorated with mist. Opener “Shadow Detail” sounds like a marsh at dawn in winter, setting the tone with hidden pockets of emotional candor. The three “Ending” pieces scattered throughout the album feature a familiar refrain, binding f(noir) together (we love compositional cohesion!). Stark and cinematic like Bersarin Quartet on the tundra, this album is unafraid to feel hard feelings. Very recommended for deep listening.

Get your headphones and be ready to take notes. Audio collage savant Bejamin Finger creates a world where amplifier feedback and the crackle of fire can synchronize into one audio sensation. Pleasurably Lost is his fifth studio album, and it is easily the Oslo-based artist’s most exciting collection of tracks with a “healthy disregard for genres.” If you have ADHD (like many of us) and you enjoy melodic experiments transforming in a psychedelic fashion, get on the Finger. It can be overwhelming, but each wild road stems from a simple locus of piano, vocals or guitar melody, like one water source forming hundreds of streams down a mountain. “Diamond Earth” begins with Finger’s slanted tenor voice uttering something indecipherable, and the dream blooms from there. “Pleasurably Lost” starts gently and plays like a meditation to remember one’s childhood to. A contemplative piano line is content to play for a while before “Ferdydurke” erupts into cosmic arpeggios bursting with color, all the while Finger’s off-color stream of consciousness drifting about. Pleasurably Lost is an apt title, as Benjamin Finger sounds like he is having a great time at the edge. 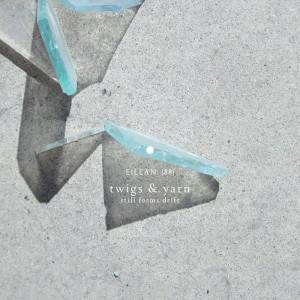 This is one of our favorite ambient albums of the year thus far. Glowing melodies and warm embraces, a youthful innocence incites the rich sadness of our temporary nature on this duo’s second album. Its strength comes in the cohesion of emotional cadence and instrumentation despite high variation from track to track. The field recordings and mountain dulcimer really give the album a strong setting in the forest. “Sonora” glides along with gently shuffling rhythms and chimes, weaving a softly spoken dream with xylophones and a lead hook that may or may not be a voice. The female voices that ring clearly give Still Forms Drift an enchanted edge. “In The Valley” is a pastoral drift, and “Lend A Hand” sounds much like the woodsy soothe sayers These Trails beckoning the sun to break the horizon. The soothing sounds and circuitous electronics give the album a rich balance between hazy and brilliant (Imagine Panabrite leaving the sea and merging with spirits of the forest). Lovely from start to finish.

Up next for Eilean: