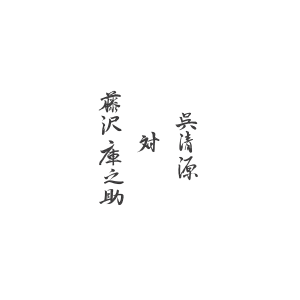 Ominous piano chords resound; a violin is strummed with growing anxiety; shuffling percussion imbues a sense of agitation. Just over a minute in, drums enter and the clouds break, the piano briefly bestowing calm before whisking us somewhere else. What relentless drama is unfurling before us?

Fans of traditional strategy games will likely be surprised that the drama – the inspiration for and the name behind Go Seigen vs. Fujisawa Kuranosuke – is in fact a Championship game of Go played in 1953. It’s a delightfully novel idea, but does raise the question (especially having watched videos such as this on YouTube) of exactly how composer and guitarist Chris Perren drew stimulus from such superficially dry source material. The answer involves broadening one’s understanding of “inspiration” and appreciating that, while a significant match, this Go championship game played over 60 years ago holds no unique, ineffable power – as Perren explains:

‘It really could have been any game. It’s not like I believe there was some mystical aesthetic beauty locked in the numbers which I just had to decode. What the game held was a wealth of interesting abstract patterns, and manipulating interesting abstract patterns is sort of how I come at music. So… rather than decoding those patterns directly into music, what I was really trying to do was throw them into the pond of my mind and see what ripples they made.’

The context helps better understand the composition, which is presented across five tracks and performed by Nonsemble, a Brisbane-based ‘indie chamber ensemble’ now on its second release. Perren, who quickly returns to ACL following the marvellous Software of Seagulls LP in April, here plays with timings and polyrhythms in wonderfully intricate ways both overt and subtle. The start of the second movement (“II”) introduces a simple two-note violin/viola refrain that builds above drawn-out piano and cello progressions. The refrain starts in 4s but in time switches to 3s, then shifts to and fro once more, each time jarring the momentum steadily building. The strings cease with the section’s abrupt end, but return 20 seconds later in a higher register – and this time remain in 3s. The momentum has been shifted up a gear.

The seven players that comprise Nonsemble are four strings players, a pianist, a guitarist and a drummer, hinting at a fusion between chamber composition and post-rock that seems to grow more pronounced through the movements. Employing a full drum kit emphasises the music’s mathematical complexity, each hit conforming to the metre as rigidly as Go stones do to the board’s grid, while the bowed strings seem to evoke the emotions of the players. The drums also serve in moments with more prevalent guitar to steer the music closer to post-rock – with the middle passage of “II” and the breakdown in “III” reminiscent of the trickier passages of The Samuel Jackson Five. These parts perhaps upset the otherwise assured balancing of genres; the finest composition can be woven to create whatever tapestry one wishes to perceive, but a band performs something of its own creation, whose mood to which we must adapt.

Minor niggle aside, this is well worth your attention. The biggest triumph of Go Seigen… is how it delivers such mathematical abstraction in such an appealing package, stirring the heart with a soaring line or arresting mood change. The sweeping string melody that emerges in the final movement of “III” initially bears an infusion of sorrow before building dynamics render it in more strident colours. Simultaneously, we feel the subconscious warmth of familiarity – the same melody was hinted at in the fifth minute of the previous movement. It’s a wonderful close to a record that, for all its laudable experimentalism and cerebral source material, doesn’t forget to also make us feel. (Chris Redfearn)