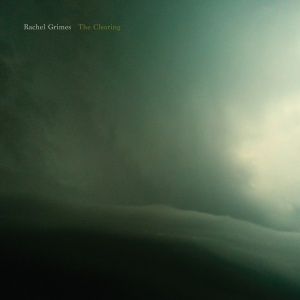 We miss Rachel’s, especially Jason Noble, but we still have Rachel ~ and on this new album, she recaptures much of the magic of the earlier band. While 2009’s lovely Book of Leaves was a showcase for Grimes’ solo piano, The Clearing enriches the orchestration with nine additional players, the most notable being Christian Frederickson on “Transverse Plane Horizontal.”

Is it wrong to want Rachel to sound like Rachel’s?  Probably ~ so we give her credit for stretching her boundaries once more.  After all, Grimes has nothing to prove; she’s established herself in the field as both solo artist and band member, which frees her to make an album with friends.  And what friends!  Guests include Loscil, two members of Shipping News, “doom cellist” Helen Money and the Amsterdam Sinfonietta.  A couple years back, Grimes played on Liberation Prophecy’s Invisible House; now Jacob Duncan returns the favor.  Many of these musicians also appear on Grimes’ self-released Marion County 1938, Compound Leaves and My Dear Companion, all of which we recommend to those who enjoy The Clearing.

Rachel’s fans and Grimes’ fans alike will find plenty to love about the new album.  Loscil’s short, subdued introduction leads directly to the title track, which starts in deceptively simple fashion: a pianist repeatedly hitting the same chord.  But then the ivories begin to multiply.  The strings color in the background before moving to the foreground.  A foreboding atmosphere is set, against which the repeated chord seems the only constant, a trail of bread crumbs that grows fainter as the rest of the band grows stronger.  The traveler is on her own, in the clearing.

The album’s best single moment arrives at 1:35 of “The Herald” (re-visited at 3:20 and 4:02), as an understated melody grows overt.  But the best overall tracks are found later in the set.  “In the Vapor with the Air Underneath” is the first of these, in which Grimes is accompanied only by Loscil’s sound design.  This is where we remember, she can really play.  And then the 1-2 punch of “Traverse Plane Vertical” and “Traverse Plane Horizontal”, offering the first injection of oboe, harp, percussion and bass.  The contrast with the previous track is exquisite, and the choice to save the fullest orchestration for late in the album is divine.  While it’s only a short reunion, the pairing of Grimes and Frederickson is a loving touch on an album dedicated to Noble.  We’ll always have fond memories of Rachel’s, but we’re grateful to experience their aural legacy.  (Richard Allen)