Akpatok ~ Through the Spruce Gate into the Snowy Forest 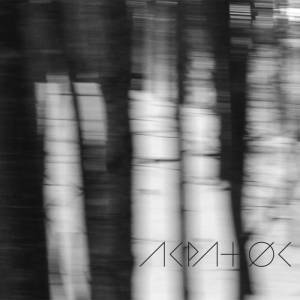 Despite rocketing temperatures, Europe is suffering from a prolonged chilly period that it can’t quite struggle out of. The Greek debt crisis rumbles on, as does the unpredictable, ‘existential’ threat posed by ISIS militants. Thousands of migrants are risking their lives – in Sicily, in Calais – and Eastern Europe in particular is bearing the brunt of Russia’s increasingly hostile behavior and its antagonizing militarization. Not only that, but Russian bombers are frequently intercepted off the coast of Southern England. To say that relations between Russia and the European Union are slightly frosty would be an understatement of mammoth proportions. Some say the Cold War never really went away.

Ambient music, particularly music conceived in Eastern Europe, is feeling the chill itself as the stand-off between NATO and Russia goes on. It’s a time when ambient music is urgently needed. It’s a time when music can heal blood-soaked wounds. Step in Dawid Adrjanczyk, from Gdansk, Poland, a sound artist who records ambient and experimental music under his alias of Akpatok. Despite the temperatures regularly hitting thirty-five to forty five degrees, he makes it seem cold for July. But the ice-cold tones also relax the muscles and provide some temporary relief, dropping the body temperature, placing thoughts and actions into sub-zero stasis. It’s time to drop out.

Jaded forests glisten with the arrival of light snow. The snowflakes are pure in their color of white. In a couple of hours, it’ll be feet-deep. In a couple of days / weeks / months, Europe will be in the thick of it. Icy notes fall into deep cobalt pools. A higher drone circulates and repeats as the lower drone throbs and steadily vibrates. The three tracks walk slowly through the woods. They are isolated. The steady drone begins to cut through the snow. With its colossal tone, the drones are as thick as the bronze trunks. Another sound creeps in – spinning its blades like an unmarked helicopter. A droning dawn chorus rises from slumber. For eighteen minutes the world is covered in white. As the drone progresses, the snow gradually gets deeper. In the middle of a cold zone, the drone starts to pick up abrasive thoughts. Just like a terror attack, it comes without any kind of warning. There’s a gritty feel to the music. Tensions are beginning to surface. The bombers fly over the forest, taking part in a so-called “military exercise”. The ongoing conflict in Ukraine is obviously a grave concern, but it also calls artists to rebel against the state of things: when things fall apart, make art. Low drones fly at low altitudes. Grey clouds cover the July sky; summer is late. (James Catchpole)