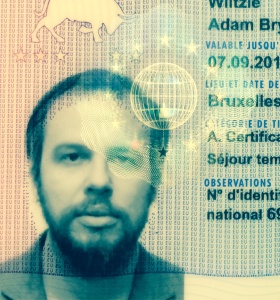 Those who fell under the spell of A Winged Victory for the Sullen’s Atomos in 2014 (our album of the year) should need to read no further beyond learning that Adam Bryanbaum Wiltzie, one half of the duo, has returned – perhaps far quicker than expected. Travels in Constants Vol 24 was first made available as part of Temporary Residence’s subscription mail-order series, and now it’s offered to all as a digital EP release. It’s a brief but entirely welcome reacquaintance.

It was also an entirely unplanned one. Perhaps on a roll from the hurried composition of Atomos, Wiltzie found himself completing a session last summer with the Budapest Art Orchestra ahead of schedule. Two extra pieces were thus captured and are presented here as four tracks, with “The Endless Battle of the Maudlin Ballade” in three parts of around three minutes each. “Last Tango in Dendermonde” is longer but still doesn’t push seven minutes. Such concise forms lend to the idea of chamber compositions for live performance, yet the sound delivered is the familiar, solitudinous warmth of Stars of the Lid. Strings, keys and brass join hands in slow yet measured sequences that carry the weight of arcane ceremonies – those that honour something joyous yet whose emotional profundity makes the heart tremble. Occasional spotlights shine on individual performers, such as the graceful ivories flowering over “The Endless Battle…Part 1” or the plangent brass proceeding the curtailed climax to “…Part 3”, but the prevailing impression is left by the waves of uniform drone that envelop in comforting embrace. 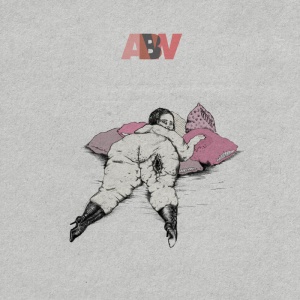 WIltzie describes himself as ‘hardwired for sleepy tunes, sad faces and sullen memories’. Fitting, as when our sleepy embrace is rudely broken by the final swell that dies far too quickly, we are left with a sad face and sullen memories as we want for more – as the best EPs do.

But why was Wiltzie working with the orchestra in the first place? Rejoice that he was recording for the long-anticipated successor to Stars of the Lid’s And Their Refinement of the Decline. Wiltzie will return – doubtless again when we least expect it. Let’s hope that the next cover makes less of a statement, and lets the music dominate the conservation once more. (Chris Redfearn)