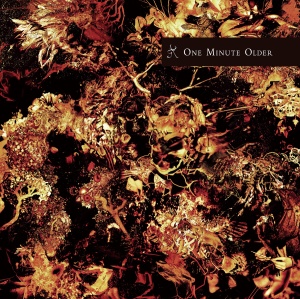 Got a minute?  Four years have passed since Second Language released Minute Papillon, a collection of sixty one-minute songs with liner notes so small they had to be read with a magnifying glass (included with purchase).  In this spirit comes Virgin Babylon’s 5th anniversary compilation One Minute Older and its digital-only companion, Another One Minute Older, containing 70 tracks and 89 minutes of music.  Sharp-eyed readers will have noticed the slight discrepancy; Katsuhiko Maeda (world’s end girlfriend) allowed for a bit of latitude on time.

The collection is not only a showcase for Virgin Babylon artists and friends, it’s the year’s best compilation to date.  Nowhere else will one find such volume and variety in such a compact package.  Old favorites are present, including Serph, Anoice, matryshka, KASHIWA Daisuke and of course world’s end girlfriend; but many new favorites can be found here as well.  In many sections, the album flows as a mixtape, although from time to time some jagged edges show.  The album creates an impression of Japan as an aural explosion of color and sound, as it tumbles from orchestral suites to video game bleeps to heavy metal blasts.  Playing the album (and accompanying EP) is like listening to the best radio station imaginable: never knowing what will be played next, knowing only that it will be confident and pure and original, and that even if one does not like the sound, a new sound will enter in less than 90 seconds.  Amazingly, it seldom seems disjointed; great care has been taken to protect the flow.

The dominant timbre is a combination of electronics and modern composition, no surprise given the pedigree of the performers.  Yet でんの子P manages to combine hip-hop and opera, while FilFla throws in cartoon samples and happy house drums.  One track later, COM.A adds 80s synth, a sweet female voice and a stuttered rhythm.  At this point, the album is only seven minutes old.  On and on it goes, and where it stops, nobody knows.  Anyone who thinks that the music scene has grown stagnant will be cured by a single dose: 70 tracks is more akin to an overdose, leading to a sweet, sugary coma.

It’s unclear whether any of the artists were able to hear each other’s tracks before they were turned in.  Given the number of artists involved, the scenario is unlikely.  This means that there are literally dozens of artists here unknown to the global listener, nearly all of which are bursting at the seams with creativity.  The ability to gather so many like-minded artists is the clearest sign of Maeda’s influence; one of the finest minds in music, he’s never been satisfied with the norm.  An upcoming project, Newest Older, is a concert + download that will include only music recorded between the news date and the concert date.  On the label (and compilation) one will also find acts as delightfully odd as canoooooopy and poemcore project BOOL.  These artists and more are also found on the sampler that accompanies the CD, a nice bonus for those who order the physical product.  As Virgin Babylon Records enters its second half-decade, fans can be confident that the high standards and impeccable taste of its founder will continue to make feet tap and hands clap around the world.  (Richard Allen)