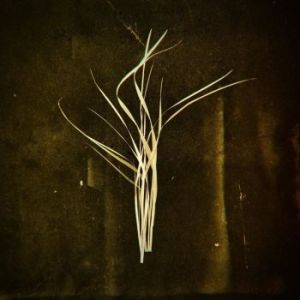 Italian/Belgian experimentalists Lumisokea (operating in Berlin) continue to stretch boundaries on their latest release.  Mnemosyne refers to the Greek goddess of memory and the mother of the Muses, while track titles such as “Abri” (shelter) and “Jenseits” (the hereafter) hint at loftier themes.  As previous albums have sampled the sounds of 1920s noise machines and addressed the mind’s tendency to seek order in chaos, we’re convinced that this duo is one of the most learned acts to grace our pages.  Their intelligence is matched only by their avid curiosity, as they continue to drive sounds not to the corners of the rooms, but from them.

Those expecting the dance rhythms of “The Engineerist” and “Rhythmicon” (from last year’s Eavesdropping on Pianists) may be disappointed, but beats and rhythms are still apparent, hiding in the cracks of the electronic textures, patiently biding their time.  When a deep bass emerges from “Prowl”, one sighs, “oh, yes,” imagining a dark animal skirting the shadows, scouting its next victim.  But Lumisokea isn’t particularly interested in the dance floor.  Instead, the duo is more interested in joists and edges, and wishes to evoke “an unidentified or unactualized past, like places and events that could have existed, but then didn’t”.  The combination of the (now) rarely heard synthesizers from half a century past and instruments such as the gamelan and cello produce otherworldly timbres, dislodged from any temporal identification.  These sounds could have been made in the 60s and 70s, but they weren’t, and even now, they sound futuristic, like dreams generated at a World’s Fair.  How else to explain a minute and a half of gamelan and drone, nesting between two younger, larger electronic siblings?

Early industrial music comes to mind, although turntables and tape splices are not part of the equation.  Mnemosyne is dark, layered and mysterious in a way that recalls Maurizio Bianchi and others of his generation.  “Risacca” is especially evocative of this era, a repeated pulse beating under a swollen drone as synthesized chords buzz and plunge.  Yet the thick bass tones of the aforementioned “Jenseits” seem to hint at an eviscerated form of grime, the skeleton left to rot on the wooden floor.  By looking to the past, Lumisokea has ended up performing not an autopsy, but a loping resurrection.  (Richard Allen)