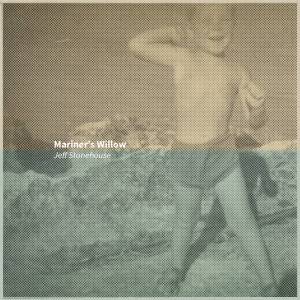 When gazing into the stained, murky pools of ambient music, life is frequently called into question, love is evoked and the power of remembrance rises to the surface. As we gaze into the inky-blue of the music, all three appear as reflections. Mariner’s Willow is saturated in all three subjects, but it is, above all, music that remembers. It remembers a beloved life. A beloved mother. The memory of a specific place and a specific time is pushed to the forefront, too. Tinted with the purity of happiness, as glimpsed in the photograph to your left, Mariner’s Willow is exactly what ambient music should be. Like a pair of beautiful, soulful eyes, it’s emotional and deep.

Mariner’s Willow is at once a deep, soul-enriching appreciation for a life that has naturally run its course, a heartfelt dedication and a special gift, and a personal thanksgiving, felt with a heart full of gratitude. The highly personal subject matter is in great need of a sensitive approach, and Jeff Stonehouse is always capable of that. His music is a pure form of ambient music; it’s incredibly lush and dense. The first five minutes settle the listener into the serenely incomparable English countryside. Like the trace of a perfume, scents of the balmy evening trickle out of the slowly-swelling drone. The sky is cast in the last, amber glow of the day, awash in a beautiful light. It’s a glistening listen that has plenty of heart and soul – oceans of it – and it’s sure to be one of the strongest releases of the year. The field recordings of seagull cries, nesting birds and fluttering wings were recorded during the last evening she spent at her home in Plumpton Green, a small village at the foot of the South Downs. The English countryside appears alongside the music; a late hue casts its faint light upon the evening. In no way is the music melancholic. What could have been drenched in grief is instead deeply thankful. In fact, the deliberate resolution to a transparent, light-drinking major chord is proof of the want for closure. It urges the music towards renewal, towards happiness. After all, remembrance needn’t be a sad thing. It can be a celebration, too. Ambient atmospheres can be tricky to pull off, especially when evoking such a delicate subject, but Mariner’s Willow is deeply serene as it traverses across its open fields and through its wooden gates, showering the listener in an eternal light. The stones are still standing.

Alicia Merz of Birds of Passage provides some haunting, breathy vocals, and they’re as soft as a feather, gracing the music with only the lightest of touches. You could mistake them for the sound of the breeze. They then disappear. The chord shimmers away, its tonal consistency akin to something like that of a pure liquid; a pool of clear, clean water, and not just a trilogy of notes. Under a lake of reverb they are ushered out. Somnolent piano notes – only two or three, repeated softly at a time –  lie beside the ghostly drones. The chords fade away; they echo the transient nature of this life. The drones dissipate, and the breeze takes them away. They have left. Under the Mariner’s Willow, her spirit lives on. She will always be remembered.