The Return of Impulsive Habitat 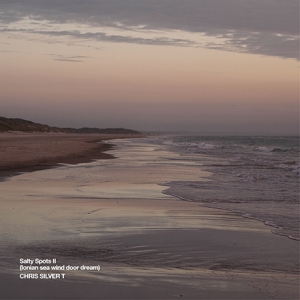 After a six-month hiatus, the field recording label Impulsive Habitat has returned with five releases that speak to the season and serve as a restorative to the soul.  The label is run by David Vélez, Juan Calarco and Pedro Leitâo, and has been greatly missed!

The highlight is a sequel to one of our favorite field recordings from 2014.  Chris Silver T‘s Salty Spots made a huge impression on us last year, and this year the artist “returns to the scene of the crime.”  Salty Spots II makes a great companion piece to the earlier work, as it expands the sonic parameters to include the sounds of people, especially children, interacting with the beach.  When Chris had first returned to his childhood home, he had been struck by the evocative sounds he found there, yet took himself out of the equation.  In short, the experience of a summer vacation typically includes the sounds of others around us, and in order to capture the experience, one must remember to include them in all their messy glory.  But in this recording, Chris Silver T also includes the sound of the sea apart from its visitors: the sounds one might hear when taking a solo walk down the shore.  As such, it should appeal to both purists (who prefer nature recordings to be human-free) and realists (who prefer an accurate reflection).  Some of the most impressive segments of the recording – again pristine, again exciting – arrive at the center point, when the clapping of a flagpole and the greeting of a happy group indicate that the artist has returned from his brief sojourn.  As the summer has ended for most of us, it’s a reminder that the ocean still awaits, but that we can find pleasure in those around us as well.

José Soberanes‘ Zipach is virtually silent at the start, but picks up steam as it moves along.  This pastiche of three recordings incorporates sounds from the Gulf of Mexico, Pacific Ocean and Caribbean.  As a soundscape, it’s the most impressionistic of Impulsive Habitat’s new releases, including segments of rhythmic drumming, surf, and even sudden stops on the other side of noise.  This latter technique is the most startling ~ did the computer cut off?  But it’s also an immediate prompt to make the listener think about sound.  Could such a sonic transition occur in real life?  The silence after a car crash comes to mind: the cacophony, the void, the voices rushing in.  The midsection returns to the piece’s quiet origins, only to surge back again and again; the most effective segments involve precipitation (11:03), and joyous guitar (19:29), but the closing avian segment is engaging as well.  Overall, Zipach runs a little rough, but questions our assumptions in the process.

Chris Lynn‘s The rain that fell is a collection of water recordings, linked by a central theme: the wait for rain.  In the opening piece, soft waves lap again a shore; a foghorn sounds; people chat and birds fly by.  But where is the rain?  I live on an island that has been waiting for rain for months, and yesterday the skies finally opened; “A sudden downpour on Zhushan rd.” is the first deluge of Lynn’s set, and it’s a beauty.  We tend to disregard this sound if it’s common, and when we’ve gone without it so long, it arrives like a revelation.  The space between the rains is filled here with river and traffic walks, but patience pays off in “Typhoon rain”.  The car horns are gone, replaced by rattle and wind.  The closing tracks recede from this high, making the listener yearn once more for the sound of soggy skies.

One place that does see a lot of rain is the Amazon.  On his latest visit, David Vélez chose to “go as deep into the jungle as possible … looking for places isolated from human presence.”  The irony is that Vélez (and his crew) are humans; as the artist retreated from humanity, he brought it with him as well.  Letargo (Lethargy) is named for the oppressive feeling Vélez experienced in the heart of the humidity.  As he concludes, “I wasn’t really battling the jungle, I was actually battling me.”  Such emotional encounters aside, the artist manages to capture an impressive array of animal sounds, and the fact that so many are often chattering at the same time indicates that the crew must have been especially still during recording.  As such, it makes a fine follow-up to The Wait, as well as a  sequel of sorts to 2013’s Yoi.  One gets the impression that the artist is pushing his limits: how far can I go, how dangerous can it get, how many species can I (sonically) capture before it all caves in?  The fact that this recording is a five-session quilt allows it to unfold as a series of “songs”, each with its own highlight (my favorite being the frogs), but overall, it’s a gift to the listener: these sounds we are like fruits plucked from Eden’s tree.

The diametric opposite of Letargo is A baobab in the bush, recorded by Jean-Baptiste Masson in the South African Mmabolela reserve.  In this series of recordings, the local fauna are rich, yet sparse, as sparse as the desiccated vegetation around them.  The chirping of cicadas is apparent day and night, while reclusive birds prefer to chirp by day (yet venture out in small forays under the cover of darkness).  In “Dawn at the water hole”, a group of thirsty deer breaks cover, albeit briefly.  Where Letargo overwhelms with volume and variety, A baobab in the bush exudes a sense of aridity.  A few minutes into the title track, a single bird (according to the artist, “a probable coqui francolin”) squawks right into the mike, reminding the listener that we think we know what lives in the bush country, but we really don’t; it’s just as capable of surprise as the Amazon, albeit in a different manner.  Masson’s contribution is to let these recordings unfold in unplanned fashion: upon listening, his surprise was likely as great as ours.  (Richard Allen)