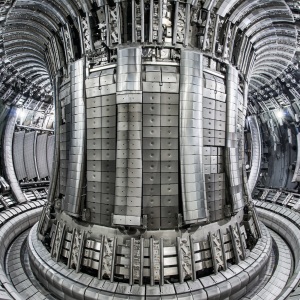 Ever since he started recording under his own name, Paul Jebanasam has been investigating the boundaries of the sacred, beginning with church music (2011’s Music for the Church of St. John the Baptist) and proceeding to something more tonally varied yet equally sacred (2013’s Rites).  Now the artist stretches his reach to the celestial sphere, as Continuum surges past the Voyager probe and straight into the cosmos.  The result is a fractured, static discharge of sound, akin to solar flares and radio transmissions.  One look at the video (seen below), and one can imagine the album being used as the score to a Sagan film.  Light and shadow, organ and echo, it all falls into place: a scratched sun apocalypse that fades to white and ultimately suggests the brilliant, unviewable face of God.

If the sound is reminiscent of broken signals, the implication is that someone or something is trying to break through.  Either humanity is attempting to pierce the veil of the cosmos, or a divine presence is attempting to breach humanity’s self-imposed wall.  Communication is present, yet unclear.  Passages are fractured; notes are abraded.  Melodies crackle like irradiated isotopes.  Grand events are unfolding in the universe, whether randomly or by design; Jebanasam makes no claim to either view.  He simply provides an aural lens through which to hear the birth and death of stars.

The mystery of scraped light and smudged note suits the subject matter well.  All too often, cosmic compositions stray toward the pretty and twee.  By injecting a modicum of danger – in particular, the pounding percussion of the closing piece – Jebanasam highlights the Great Unknowing.  Yet mankind is distinguished from the other inhabitants of the earth in its curiosity; even the unknowable prompts us to reach, unbidden, for the stars.  In the end, Jebanasam allows harmonic convergence to wash across the album, gracing the set with a sense of dramatic calm.  In the face of the unknowable, serenity arrives not with answers, but with the embrace of eternal mysteries.  (Richard Allen)