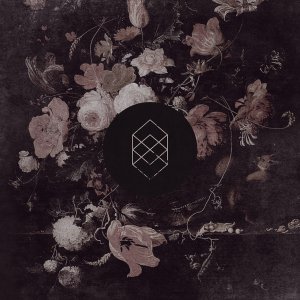 The longer the history of post-rock, the harder it is for artists to impress, a fact brought home by Jack Chuter’s recent Storm Static Sleep.  First, there’s an increasing tendency for bands to disassociate themselves from the genre; second, there’s an increasingly large umbrella under which such bands are classified.  Thank the post-rock gods for Kokomo, who are not afraid of the label and are making some of the staunchest, strongest post-rock around.

Monochrome Noise Love is the band’s fourth album overall, their first as a quintet, and their first release that doesn’t look like a post-rock album.  The cover avoids the usual clichés, raising hopes for the prospective listener; it looks dangerous and deathly, a black pallor falling on red flowers.  And as much as the band might claim that this is not a concept album, an identifiable trajectory takes place over the course of the set: from life to death, song to scream.  Words appear only on four of the nine tracks: Judith Hess’ lovely vocals on the opener, two filmic samples (the most obvious taken from “True Detective”, and male screamo on the penultimate piece.  Hess’ opening words (wake up, hold up) lead to darker material (I push you down, I watch you die), reflecting both sides of the press release, which claims both “a new discovered lightness” and “darker, more sophisticated material.”

The power of the album is found in its loudest portions, which ooze distortion.  The bass is especially prominent in “Kill the Captain, Feed the Fishes”, while the guitars hold court throughout.  But as one expects from post-rock, these passages are better appreciated in contrast to the interludes that precede them.  Metal riffs lurk everywhere, chomping at the bit to appear; violin, trumpet and trombone make guest appearances.  Tracks such as “I’m Bill Murray” highlight melody and snare.  The variety works wonders for the album; by the end, the listener has been put through the wringer, the definition of post-rock catharsis.  There’s life in the old beast yet.  (Richard Allen)