Explosions in the Sky ~ The Wilderness 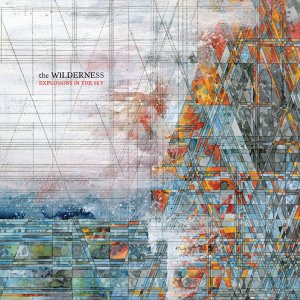 With the release of The Wilderness, the old fan forum conversations begin anew: has success changed EitS?  Is the album a step forward or a step back?  Should artists continue to do the same thing, or try something new?  To which I respond: is there something wrong with me for liking this album?  Because it’s not The Earth Is Not a Cold Dead Place.  Nor do I want it to be, because I already have that album, along with all of the other EitS albums and hundreds of other albums that fall under the post-rock banner.  So I don’t mind that most of these tracks are the length of singles, or that the timbres are varied, or that some songs even sound accessible.  And I do like the fact that EitS has done soundtrack work, and that I can introduce my friends to the new album by saying, “These are the people who scored Friday Night Lights.” But then again, I’ve always had an attraction to fun, happy music as well as moody, impenetrable music, especially during the warmer months.  And The Wilderness is a perfect album for spring.

Old fans looking for that “classic” EitS sound will find it on the opening (title) track, which builds in the time-honored fashion, layer upon layer, bar upon bar, until it reaches a crescendo.  The song is a straight arrow instead of a series of peaks and valleys, but it does its job well, producing a surge of adrenalized interest.  Perhaps the synthesized handclaps of “The Ecstatics” (what? no long titles?) will throw some people off, but there they are, in the background: the familiar guitars.  And once those handclaps have established the pace, they cede ground to the live drums, in what can rightfully be called – wait for it – an explosion.  Yes, old fans, there’s plenty for you here.  “Tangle Formations” gets right to it with the heavy drums and distortion, while “Logic of a Dream” begins with a soft ambient cushion before introducing drum rolls and sonic shifts, so junkies will have their fix by the time the album has reached its center.

That center – “Disintegration Anxiety” – is the track that EitS fans have been enjoying for months as they’ve attempted to predict the direction of the band’s first album proper in half a decade.  Beginning with a muted version of something that sounds like “The Imperial March”, the piece then introduces a clear bass line, followed by an instrumental chorus.  Yes, a chorus!  The drums sound like they’ve been recorded through aluminum foil, creating an odd contrast.  A second drummer is introduced (or more likely the first drummer has been double-tracked).  And after four minutes, it’s over.  When a fan’s only complaint is that the tracks should be longer, the band can take it as more of a compliment.  And with three of the remaining four tracks clocking in at 6-7 minutes each, there’s still time for such extension; if anything, the listener now focuses even more intently.  “Losing the Light” is one of the band’s most subdued songs, and the 2:37 “Infinite Orbit” one of the punchiest, as if to say, “we can do either.”

The loudly advancing final minute of “Colors in Space” offers hints of drone, while the ending of the album is soft and kind.  In a way, these endings indicate the ways in which fans will end up regarding this album: with tirades or with tenderness.  I fall into the latter camp; it’s amazing to me that a 16-year-old band can still sound so relevant.  (Richard Allen)