A Year in the Country ~ The Quietened Village 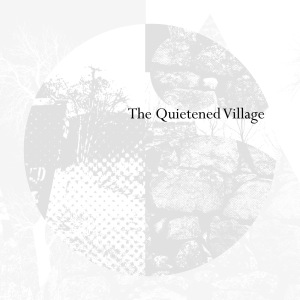 A Year in the Country continues its tradition of releasing quality music in limited “Dawn” and “Night” packaging with The Quietened Village, the top ambient pick in our Spring Music Preview.  This evocative album offers a score for crumbled communities, abandoned villages and sunken spires, honoring history with quiet grace befitting its title.

David Colohan sets the stage with a forlorn wind, the precursor to a haunted work from the appropriately named Howlround.  For a brief period it seems as if this may be a work of dark ambience rather than light; but the timbres soon turn brighter.  More central is a sense of mournful nostalgia, backed by the prose ideas of towns vanishing from maps, villages turned into military training grounds, and coastlines reclaiming their land.  This sense is shared by any who have returned to a childhood home and found the parks developed, the playgrounds overgrown, the once-proud awnings covered in soot and grime.  Today’s modern suburbanite may have difficulty recognizing such a feeling, having grown accustomed to one store taking the place of another at a local mall; but it’s not the same as “The Drowning of Mardale Green”, which involved the sinking of an entire town in 1935.  The Straw Bear Band’s gentle elegy contains the soft wonder of the town reappearing decades later during a drought: a generation confronted by the sight of what had been lost.  Or consider “The Lost Villages of Holderness,” gradually falling into the sea.  Over the past few years in the Hamptons, I’ve seen wealthy landowners watch as yards of lawn have been swept into the dunes; but villages?  With recent estimates of massive land loss in the next century due to rising seas, this attention could not be more timely. 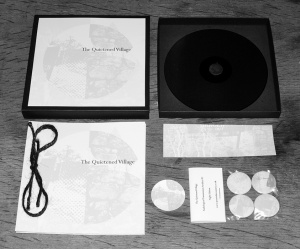 The album benefits greatly from a variety of approaches, ranging from the sad and sweet (The Soulless Party’s “Damnatorium”, Richard Moult’s “Quopeveil”) to the nearly tribal (Polypores’ “Playground Ritual”).  A rustic folk vibe is exuded by The Rowan Amber Mill, whose flutes remind the listener of once-vibrant communities and dances around the Maypole.  But the finest tracks are buried deep in the album, like glass bottles in silt.  A Year in the Country’s “47 Days and Fathoms Deep” offers a blend of chimes and synthesized tones that produce a feeling of foreboding without toppling into menace.  Late in this piece, the sound of birds is matched by that of gunfire, echoing the history of Mardale Green.  This is followed by the aforementioned “The Lost Villages of Holderness”, a two-part piece from Sproatly Smith that begins with harp, wave, gull and orchestration, but switches midway to a sweetly sung remembrance.  With Sister Kirk gone, It took fifteen long days to carry bodies and bones to their new rim-swelled graves.

The Quietened Village joins recent releases on Folklore Tapes and Wist Records as loving, tasteful tributes to a nearly-forgotten past.  We owe these historians, compilers and composers a debt for keeping alive these memories of people, places and the souls of lost lands.  (Richard Allen)

Tags: A Year in the Country, Richard Allen, The Quietened Village