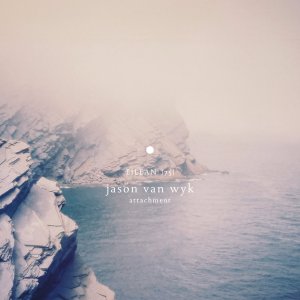 One of our favorite labels of 2015 continues to come on strong in 2016.  The difference this year is that the label has made a conscious effort to expand its sound palette.  Spring’s releases begin in the ambient vein, but then veer into unexplored territories.  It’s a great surprise to hear such sounds, and a sign of potential longevity.  Those who have followed the work of label owner Mathias Van Eecloo may have expected this turn to occur eventually, but those unfamiliar with his work should find this a welcome shift.  We’ll be reviewing two of these today, two tomorrow and one the following day, so be sure to return for Parts II & III.

The spring releases begin with Cape Town’s Jason Van Wyk, whose Attachment boasts a misty cover, portraying a cove that may still be too cold to swim in.  Not so the album, which invites listeners to take a cool dip.  While the set is primarily piano-based, electronic textures set it apart from the great mass of ivory recordings that have surfaced in the wake of Piano Day.  The most telling transition occurs early, at the two-minute mark of “Before”, as an electronic, tempoed introduction yields to a soft, meditative melody.  This script flip cues the listener to the fact that Van Wyk is much more than a pianist; he’s attracted to deceptively simple sounds embedded in elaborate pieces.  The violin and cello add deeper tones to these pieces as well, making even a two-minute track such as “Coherence” lodge itself in the brain.  When this is followed by a one-minute track, the listener feels a bit cheated; such short tracks are perfect for cinema, but too brief for home listening.  This puts a lot of weight on “Found”, at nearly seven minutes, the album’s longest track.  But here the artist shines, as the piece produces a sense of flow.  When it pauses mid-stream, the shift of “Before” is reversed; this time, the piano yields, and the textures bleed through. 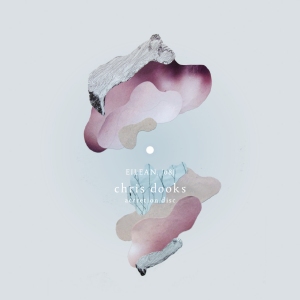 Chris Dooks is best known on these pages for his 2013 collaboration with Machinefabriek, The Eskdalemuir Harmonium. The harmonium returns on Accretion Disc, the most unusual Eilean Records release to date.  The opening track features the instrument, along with the sound of running water and a child asking about “Night Time Hats.”  This is an endearing segment, but also somewhat phantasmagorical, setting the stage for an album that will veer from haunted ballroom sample (“Shellackplatten”) to dark and mournful ambience (“Bar the Shore”) to choir and church bell serenade (“Port Manteau”).  In the liner notes, virtually every track contains a thank you, spreading the gratitude far afield.  But while those old records get a kind and final spin prior to their digital conversion, Dooks remains enamored with his instrument of choice, and ends the album with a return to the harmonium.  A locked groove graces the final moments, linking past and present, defying the accretion of the title.  Everything old is new again.  (Richard Allen)