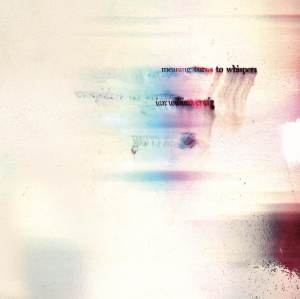 Ian William Craig has become one of our favorite composers here in recent years, thanks to the success of A Turn of Breath and A Cradle for the Wanting.  Some will be surprised to learn that Centres is actually his ninth album, and that his prior sound was piano-based; or that he often makes his own instruments; or that his music, so often soothing, can turn purposely abrasive at a moment’s notice.  Fatcat/130701’s release of Centres, paired with Aguirre’s re-release of Meaning Turns to Whispers, demonstrates the breadth of Craig’s abilities, as well as the distance he’s travelled.

Back in 2012 (not so long ago, really), Craig announced himself publicly, yet quietly, with his debut Meaning Turns to Whispers, a prescient title suggesting that the artist already had an idea for a musical trajectory.  The polished pieces had been tumbling in the artist’s mind for years: static, FM loops and filtered piano, transmissions plucked from a distant time and place, signals struggling to break through and finally succeeding.  The cover art was similarly beguiling, the first of many to make fine use of impressionistic color and smear.  In this case, the colors emerge from saturated black, in the same way that musical abrasion often reveals hidden shades.  Static tones rise and fall, bisecting the thin veneer between modern composition and drone.  It’s rare to hear an artist appear on the scene fully formed, although at the time few people heard this stunning set, which makes Aguirre’s reissue all the more welcome.

And then, Craig started to sing; or rather, he’d been singing for a while, but decided to use his voice as an instrument, subjecting it to all manner of echo and extension, degrading and doubling, layering and distilling.  Two “hit” albums resulted, although the term “hit” is relative in experimental music.  Suffice it to say that critics and fans alike began to flock to his recordings.  Perhaps it was the artist’s combination of old and new, the nostalgia and experimentation, that attracted listeners; perhaps it was the sense of something indefinably holy.  Occasionally a lyric would break through, like a body rising to the surface of a lake.  Yet overall, Craig’s music remained fractions and fractures, stretched to a thin veneer.

Centres is the natural outgrowth of this mid-period (which one day may be considered Craig’s early period, as prolific as he has been).  While it is still not a song-based album, it does contain songs, or more properly, segments embedded in larger impressionistic works.  The sense of comfort remains, aided by a larger confidence, as if the artist is no longer engulfed by wonder but generating it.  He doesn’t need Auto-Tune, but he does use tuning, as his voice only rarely bursts forth unaltered or unadorned.  The reel-to-reel is still part of the equation, but Hammond organ, guitar, organ and synthesizer also visit the mix, suggesting an underwater band.  Whenever one begins to think of Centres as a lyric album, the lyrics themselves retreat, as they do midway through the ten-minute opener, leaving room for all manner of exploration.  This continues to be Craig’s strength: a natural curiosity concerning the properties and possibilities of sound.  Things do fall apart here, spectacularly so, but the centre holds.

“A Single Hope” begins with “cassette choir” and edges into shoegaze, an extremely low tempo conjuring images of early Low.  Yet all around, the sonic clouds continue to swirl.  As if having pushed too far, the artist recedes on the  lyric-free “Drifting to Void on All Sides”, reminding listeners of his recent albums, only to step toward the microphone again at the beginning of the ensuing track.  But again, it doesn’t last; time and time again, Craig leans forward, then back, his counter-tenor leading, then being led.

At 72 minutes, the album is long, but generous.  There’s plenty of time for the music to cast a spell, sending torn scraps of song into the atmosphere in the beaks of ravens.  “Power Colour Spirit Animal” reverses the script of prior tracks, developing choral wings as it progresses.  “A Circle Without Having to Curve” sounds like light traffic driving into a thunderstorm, caught on handheld tape.  This album highlight, along with “An Ocean Only You Could See”, dispenses with lyrics once again and suggests that Centres may contain the seeds of multiple records, blended as one.  But when the beautiful “Purpose (Is No Country)” lands, one thinks, safety, comfort, hope, and is grateful for the mini-messages Craig delivers.  There’s no telling where he’s heading next, but all options are open.  (Richard Allen)