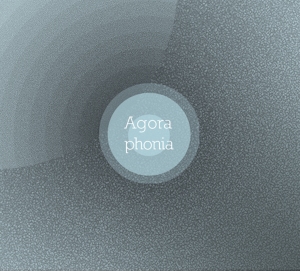 The public square is a place for gathering, for conversation, for the reading and dissemination of literature, for food carts and chess boards, for playful recreation and for protest.  Marked by monuments, the square is not only a microcosm, but a symbol of the society around it, and by extension, of all societies.  Scores of people responded last year to an open call from the artists:  to document their local squares in sound and image.  Agoraphonia is the aural result, followed by an audio-visual installation.

While the impetus for the project is World Listening Day (today, July 18!), recent international events have lent these sounds greater depth.  A public square in a large city is typically a multicultural spectrum: a beautiful, loud and sometimes clashing organism that succeeds through astonishment.  As politicians pass xenophobic laws, the young continue to celebrate the possibilities of cultural diversity.  The proof is present in the sounds collected from Morocco, Argentina, China and Italy.  While some sounds differ: a chanted call to prayer v. a church bell, a bicycle v. a motorbike, the tone is the same: bustling, excited, upbeat.  We have more in common than we think.  Giannico and Aldinucci add another layer to the mix as well: a drone, sometimes unobtrusive and other times pervasive, retreating to reveal more personal sounds.  Because they are the main link between the first four recordings, one can extrapolate the fact that perspective may also operate as a link.  Look for commonality between peoples, and one will find it; look for differences, and one will find them as well.  On the foreboding side, look for threat in the differences, and one will hear it; look for hope, and there it is: in every square, in every land.

This last inflection – hope – is found in the final, 18-minute piece, which contains sounds from 20 different plazas around the world.  While listening, one realizes that it is impossible to separate these sounds from one another, not because they lack distinctive features, but because any plaza, at any time, may include people from another plaza, in another place.  What one hears as an American in Times Square may actually be an American in Plaza de Mayo (Buenos Aires) and vice versa.  When a xylophone is heard, it could be any plaza on the planet, an instrument played by a local resident or a tourist.  This simple fact is so beautiful that one wonders why we ever close our minds and borders.  If only these sounds, and these facts, could be heard, we might no longer suffer from agoraphonia; we would no longer be afraid of foreign speech and sound, because we would realize that we are each familiar and foreign at the same time.  (Richard Allen)