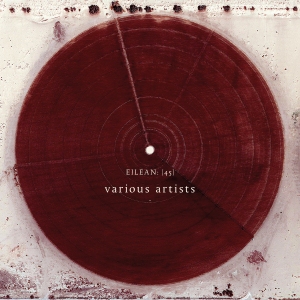 France’s Eilean Records ascends to the top spot this year, followed by Erased Tapes and 1631 Recordings.  These labels each released an impressive amount of work in 2016, all of consistent quality.  Each is a role model for the industry.  One has been around long enough to be considered a veteran; one is halfway through its lifespan; the third launched last year.

1) Eilean Records (France)
It’s hard to believe that Eilean Records has only been around since 2014.  With nearly fifty releases to date, the label has already made a huge impact on the industry, redefining ambient music for the 21st century.  Streaks of modern composition and experimentalism run through their hair, and they wear their edges proudly. 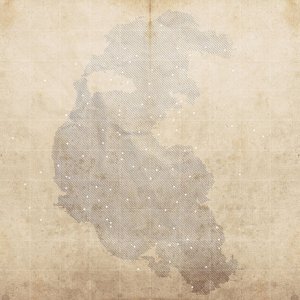 The experience of Eilean founder Mathias Van Eecloo (Monolyth & Cobalt) shines through; his many contacts in the industry helped him to hit the ground running, attracting a wide array of talent to the label.  And yet, Eilean has never shied away from new talent, and many artists have found their first home here.  Rémi Verdier’s design is also a huge part of the label.  Each artist is invited to choose a number from 1 to 100; each number corresponds to a point on a map; as each number is chosen, pieces of a map are revealed.  Each artist then contributes a vial of soil from their homeland, creating an imaginary island of music and land.  (“Eilean” means “island” in Gaelic.)  Every release is also given a color, a season and a promotional video, creating the ultimate synaesthetic experience.

Listening to the newly-available sixteen-track compilation (eilean 45), one is reminded of just how good the year has been for the label.  All of this year’s artists are represented, and they’ve saved some of their best work for this compilation.  Speck’s “Echoes” comes across as an overture, with birds, strings and the sound of quiet conversation.  It’s as if the artist ~ and by extension, the label ~ are saying, “when all seems wrong in the world, remember that there is still good to be found.”  Many of these sounds return on Daniel K. Böhm’s “All Over Gently”, a restoration of warmth where it is most needed.  Certain themes loop throughout the album: peace, restoration, calm.  But above all, the compilation is a gift to artists and fans alike: a way to say “thank you” for the year.

Mathias Van Eecloo is also the founder of IIKII Books, which pairs artists from the musical and visual realms.  We caught up with him this week for a quick conversation; here it is!

Some say that the physical format is dead, but you’ve sold all the copies of every release to date. Did you ever imagine this would happen?
I don’t think that the physical format is dead, or will pass away during my lifetime.  There are some passionate listeners (as I was and as I am again today) who will continue to purchase what they love.  But it’s important to work on the package and the story behind a label.
I didn’t think when I started the label that we would sell all the copies of every release.  There are some strong followers who are collecting the complete series, and certainly the fact that it’s a series of 100 releases helps them to sell out each time.
I started with 65 limited copies. Now, it’s more between 150 and 200 copies!  But I can’t make more of them. as I’m alone behind eilean rec. and I make them all with my little hands. 🙂

Will the label really end after 100 releases? If so, will there be another label?
Yes. It will be. It has to be. It gives the project timelessness, even if there is an end. And sure, I already think about: then, what?  It will be not an “eilean 2”. but I think sometimes about how to continue then.
I have to admit that I would love to have IIKKI stay and grow peacefully in the time. We will see.  But I’m sure that I will stay in the music / art book area. I love that.

Rémi Verdier’s design has always been a big part of the label. What is your favorite Eilean cover art to date?
Rémi is a close friend.  We talked a lot before starting eilean about what I would love to have, and I trust in his feelings and visions. He helped me a lot.  He brings some great ideas to the project, and he does really nice work!  That’s why he’s on IIKKI too. I have to work with a really close person to move forward in life ~ to have someone who trusts in me. Maybe it’s not obvious, but I’m not a self-confident person.
About the covers, I researched a lot of artists on my side, and I continue to find some great ones connected to my feelings and tastes. For each release, I propose a selection to the music artist, connected to his or her work, from all the artworks that I have set aside.
Here are my 13 favorite artworks of the 46 albums released until now (not easy to just pick one):
Miguel Isaza (even if it’s me. I love this photo for this release); Nathan Mc Laughlin; Aaron Martin; Leigh Toro; James Murray; Benjamin Finger; Lee Chapman; Lake Marry; Ruhe; Autistici; Jason Van Wyk; Phi Bui; Florian Von Ameln.

A Closer Listen thanks Mathias Van Eecloo for sharing his time and talent!

2) Erased Tapes (London)
This is the second appearance in a row for Erased Tapes, but thanks to the strength of its roster, the label has been a contender every year for the past decade.  Erased Tapes found its footing early with a frighteningly good trio of pianists: Ólafur Arnalds, Peter Broderick and Nils Frahm.  These swiftly became the core of the roster, which has only continued to expand; each of these artists released at least an EP this year.  Throw in Adam Bryanbaum Wiltzie, and the label now has its own Fantastic Four.  Erased Tapes’ strength is its ability to expand slowly and carefully; from Michael Price to Ben Lukas Boysen, the label has made one solid draft pick after another.  The label’s influence cannot be understated.  When one considers the ripples sent out by the Erased Tapes roster, one realizes that the whole of modern composition has been affected for the better.  Timely promotion continues to be one of the label’s hallmarks as well.  Just released is Peter Broderick’s Grunewald EP.  Next up: January’s score to Iris, composed by A Winged Victory for the Sullen. 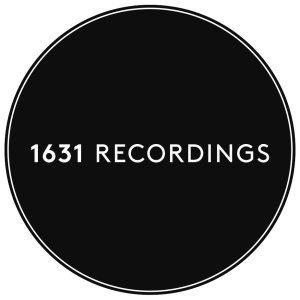 3) 1631 Recordings (Sweden)
Founded during the summer of 2015 by Mattias Nilsson and David Wenngren, 1631 Recordings has swiftly become a friend to artists and a force in the industry.  Their releases, both physical and digital, have corralled an enormous portion of the piano market, and their discography continues to grow.  In less than two years, they’ve already reached nearly 100 releases, and have launched two compilation series.  One of the nicest things they do is to collect and/or re-issue works that have fallen by the wayside; many artists who have been releasing tracks and EPs have been delighted to see 1631 turn them into albums.  Their publicity is excellent, their roster solid, and their release schedule beyond belief.  They also tend to have beautiful cover art defined by dramatic nature scenes.  The only downside is that they release so much music that it can never be covered in full (save perhaps for a single site devoted to this venture).  For this reason, we recommend frequent visits to the label’s Soundcloud page for purposes of keeping track!  As we wrote earlier this year, “If you like piano music, you need to read this;” change “read” to “play”, and start pressing those buttons!  Links to this month’s releases can be found below.