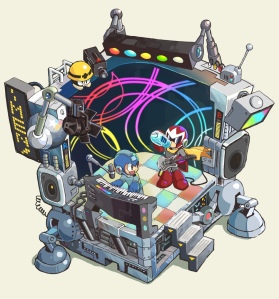 While videogame soundtracks have followed a different path to that of film scores, ever since high quality, non-synth or electronic audio started to become accessible to studios there’s been a stark focus on the cinematic side of sound: bombastic orchestral pieces or easy-listening songs flood interactivity with the spectacles of movies. Nevertheless, the kind of chip-tuning experimentation that brought us themes as remarkable as the Mario Bros. tune is still alive and well, whether in the commissions of relatively renowned artists by gigantic corporations or in the smaller-scale collaborations that characterize independent game makers. This particular situation has brought all sorts of artists to the soundtrack business, and 2016 was a pretty good year for videogames in terms of scoring work perhaps because the boom of the past few years has led them to claim new spaces of artistic merit.

The selection criteria is straightforward: how does this soundtrack work as an album? Given that games usually take much longer than a movie, not all of them have been ‘tested’ in context (in fact, most of them haven’t); to balance that out, I decided upon what a soundtrack might tell about the game it’s associated to as a secondary measure. I believe this helps to keep perspective, since often there’s a few tracks that break the flow of the album because they were conceived for very specific purposes that cannot fit a linear narrative (say, a chase sequence that repeats several times). In other words, if that chase sequence track really did make me feel stressed, even if it was in the middle of two relatively quiet pieces, I didn’t consider the sensation of it being out of place a negative.

One last note: many of these OSTs are long. Like, double-album long. Where a film score does not seek to fill the entire duration of a movie with music, I’ve found most videogames’ repetitiveness demands a different approach, one that truly takes to task the nature of background music. As a result, added to the cinematic Hans Zimmer-inspired standard stuff (usually in action games where everything is a sequential set piece) there’s also quite a lot of, well, unremarkable soundtracks, not because they lack imagination but because they’re going to replay for hours and hours. Some artists have overcome this tendency to disappear in the back of the mind by means of Wagnerian leit motifs (think of Zelda themes), others by exploiting that repetition (think of the techno in Streets of Rage), but there’s a few present in the list whose strategy is taking those two paths at once, or following an album structure, or experimenting and hoping the results stick. By refusing to be unremarkable, these scores lead the way for future artists to keep making interesting, innovative music in the field. This might benefit people who play games the most, but it also gives everyone else something great to listen to.

In no particular order: 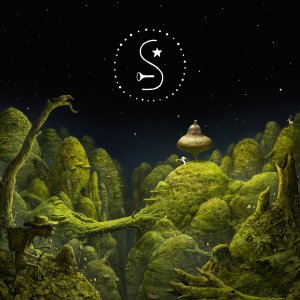 Floex is an artist from the Czech Republic who has already done some soundtrack work for the studio that produced this game, Amanita Design. Their games are weird and child-like, joyful and grotesque in equal measure; the music they’ve commissioned is just as wonderful as their psychedelic name implies it would be. Samorost 3 was recorded with a cello, a viola da gamba, an erhu, a few vocals, and electronics, but don’t let the string section fool you – these instruments are often played through finger-picking and subjected to electronic filters that make them sound completely different. In this sense, it’s a soundtrack of meditation and surprise, an ambient music that betrays an experimentally melodic core that is not afraid to turn to dissonance. 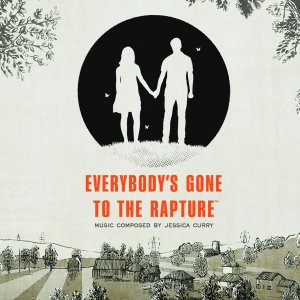 Intensely dramatic, Curry’s orchestral score takes the most emotional aspects of new and old sacred music to deploy them like popular songs: the long pauses of the minimalists and the grand choral gestures of old make way for a very modern sentimentalism that thrives on sadness. It merges the directness of the Gothic with the passionate subtleties of minimalism while rejecting their intellectuality and distance: fundamentally melodic and immediately striking, Everybody’s Gone to the Rapture is popular sacred music of the kind no guy with a guitar could ever make.

Listen to it here      Available here 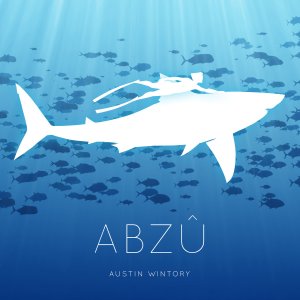 Wintory is the author of a few of what I believe are the best videogame soundtracks in the past few years: Journey and Banner Saga wouldn’t be too out of place in the ACL Modern Composition category. He is also prolific, since this year he scored two games, the sequel to Banner Saga and Abzû. While his Banner Saga work is excellent in its depiction of an inevitable tragedy, the sequel’s music follows the same line, which is why I chose Abzû instead for this list. It depicts a journey deep into the sea, and thus it plays a lot with expansive harmonies and subtle shifts in tone. While his work usually gives primacy to the strings and vocal sections, this time around the melodic and emotional core lies in the hands of harpists and an oboe soloist; they are the conductive thread of a grand (self) discovery, a dialogue that makes sense out of a harmonic vastness. 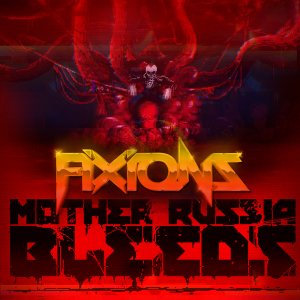 Speaking of the techno of Streets of Rage, there’s been a few games that subvert the 80’s and early 90’s nostalgia of cultural elements such as chillwave, and Mother Russia Bleeds follows suit by appropriating new wave synth and techno alike in order to make something muddy and violent. This is the niche of artists like Carpenter Brut and Perturbator (who, not coincidentally, have also contributed to these kinds of games’ soundtracks), a dirty crew that France’s Fixions has now joined by making a pulsating, brooding dance set worthy of a hellish party in which the Cold War never ended. 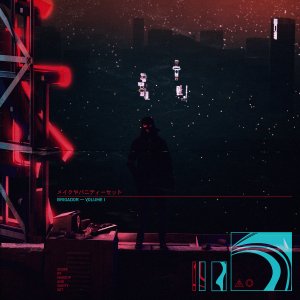 Yet another retro-futurist dystopian score made its way to this list by virtue of its being tightly crafted in a different manner. Where Fixions and the others let dissonance creep into the beats, grounding them upon the grime of an industrial dance floor, Makeup and Vanity Set maintains a crispness that draws the music closer to that of Zombi; the dystopia here is not one of blood and sweat but of machines and war(games), a more idealist response that keeps the dance beats constant instead of corrupting them with noise. 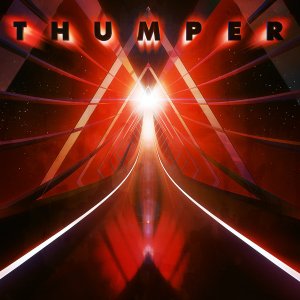 Gibson, who is one half of noise-rockers Lightning Bolt, worked on this soundtrack with the intention to truly explore rhythm games. I’m not talking about Guitar Hero, which barely lets you do rhythmic tasks, but about a kind of game that questions how rhythm works — the brilliance of Thumper is that it is drone music turned into a game, and as ACL readers know, drone fundamentally turns rhythm into more than just a beat, even when it might also use it as such. Without the gaming considerations, Thumper works quite well on its own as a drone album, a noisy soundscape of distant pulses in a continual process of disintegration: rhythm in the diachronic, and not solely in the synchronic.

It’s surprising how, even when this is only their second time making a soundtrack, 65dos seems to have mastered the art of making a really good album out of something that in theory relies on its association to something else. To those who were waiting for a new record, this is it, it’s the band as we’ve always loved it. The only differences are perhaps the scope as well as the scale, since it runs at almost two hours of the band at its most ambitious: the subtitle is, after all, Music for an Infinite Universe. It’s also divided into two parts, the first of which sounds more like a traditional 65dos album with a subtle narrative core, and the second of which is basically an ambient section. This is a first for the band, their usual bombast reduced and subdued, but their unmistakable style turns out to be quite suitable for the slow, harmonic development of ambient, which nevertheless does not suppress their penchant for melody. Sweet little post-rock narratives emerge often from the depths of soundscapes, highlighting dramatic and emotional aspects even further than if they were just part of a non-ambient album. All in all, 65dos seems at this point unstoppable. 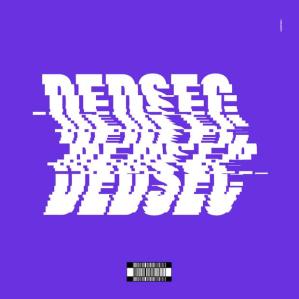 If there was someone who could easily fit the bill as a videogame musician, it’s Hudson Mohawke. Butter (2009) contained more than a few non-vocal tracks that could have smoothly worked in the context of mid-90’s games, and while Lantern (2015) moved into a more danceable territory, Ded Sec shows that his particular approach to pop and trap is the contemporary equivalent of the heterodox electronic scores of the mid-90’s games. “Shanghaied”, the opener, contains a sweet, immediately identifiable theme that, in contrast to the dark retro-futurism of other electronic OSTs, seems to offer a hopeful here and now, a brightness that endures throughout the album as a refusal that channels violence into a more idealistic vision of dance. It’s full of energy, and it is, to use that optimistic new age cliché, positive energy. 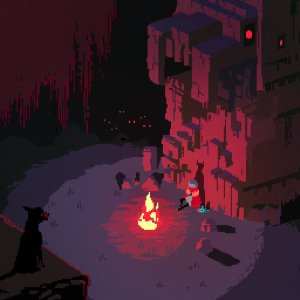 Disasterpeace is no stranger to ACL, having been featured last year for his work on the horror movie It Follows. This year, he gave us Hyper Light Drifter, an equally thematic score that seems to focus on a mysterious, almost wonderful source of tragedy. Like a walk amongst ancient ruins, the music of HLD heightens the feeling of something in perpetual loss by clever use of sparsity, in the sense that every long ambient sound is at the edge of dissolution. Very few are the times when beats make an appearance, and they are mostly thrown into the back of the mix in order to let melancholy flow as if it was mist, a hazy dream of something long, long gone. 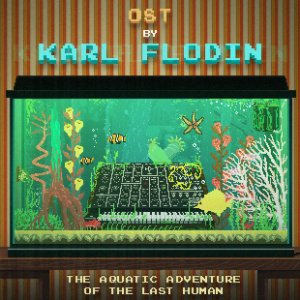 Karl Flodin ~ The Aquatic Adventure of the Last Human

Another journey to the sea, except this time it’s a post-apocalyptic one. Instead of the organic tone of Abzû, The Aquatic Adventure of the Last Human uses a jagged set of electronics that is anything but growing and peaceful. In fact, it’s a score full of noisy anxieties both fast and slow, a rusted context in which the expansive harmonies we associate with the sea are used for an effect that is inherently opposite to them: an oppressive enclosure. By means of menacing drones and fast beats, Flodin manages to turn the sea into a claustrophobic place, a ruthless world of hunters and solitude. 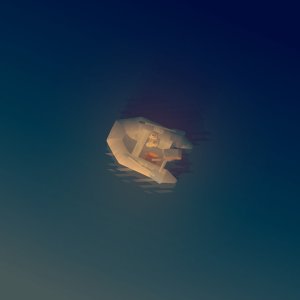 I put this score apart not only because it’s just about the length of an EP but also due to it not really managing to work together as an album. Furthermore, it breaks ACL good behavior by including a song, but I won’t say anything if you don’t. Regardless, the music is quite interesting, particularly when it turns to Stars of the Lid-like droning, or when it reworks folk tunes into serene, almost cheesy ambient ballads, or when it uses a theremin as contrast to an opaque field recording.