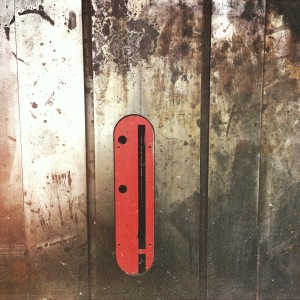 Philadelphia’s Andrew Tasselmyer is a third of the post-rock band The Sound of Rescue and half of the drone duo Hotel Neon.  In his solo work, he drapes light drones over field recordings.  The resulting sound is ambient, like yellow and blue joining to form green.

Those who are fascinated by sound tend to notice aural cues that others do not.  The most noticeable sound in my house ~ one that I often refer to in reviews ~ is the refrigerator hum.  The hum is low, cyclical and soothing, an aid to inner peace and afternoon naps.  But when others visit, they can be thrown off by the sound, as well as by the sounds of heaters, wash cycles, dryer buzzes and the like.  Familiar sounds comfort; unfamiliar sounds disturb.

In Presence, Volume 1, Andrew Tasselmyer highlights everyday sounds that might on their own seem repetitive or ignorable.  By surrounding them with drones, he provides them with a manner of dignity:  you, too, are worth noticing.  “Wash” may be of particular interest to those who enjoyed Ultimate Care II, Matmos’ take on the washing machine.  But while Matmos investigated the percussive aspects of the machine, Tasselmyer highlights the lullaby-like toss and roll.  The same holds true for “Rotary”, which in other hands might form the base of a crunchy industrial track.

Sonic separation would help some of these tracks to make a larger impact.  “Filter” features the sound of brewing coffee, but a more effective beginning might have concentrated on the sound of the brewer alone, provoking the “a-ha!” of recognition early, then adding the soundscape as narrative.  In similar fashion, “Thaw” would work better unadorned, especially due to the sirens ~ a fortuitous catch!  But this is not true of all tracks.  The most effective piece, “Drive”, integrates the sound of the turn signal, whose nature is to repeat exactly (without the variations of dripping fluid), a sound that would grow tedious without the music.  Our suggestion for Volume 2:  alternate between field recordings and musical pieces, both within and between tracks, highlighting the separate beauty of both.

Winter Bonus!  Tasselmyer has already debuted a new piece, perfect for the season; click below to hear “Snow”, recorded earlier this month during a soft storm.  (Richard Allen)