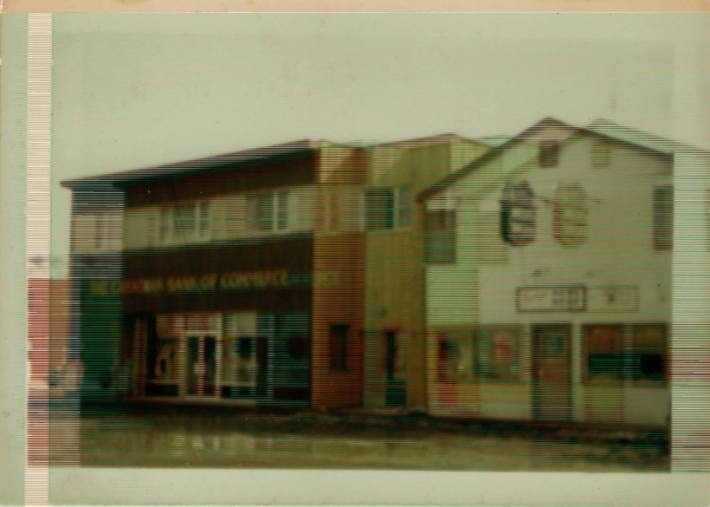 Montreal modular synthesist Karl Fousek takes us on a tour through his personal cassette collection. No stranger to tapes himself, since 2014 Karl has released three tapes on Phinery and assorted tapes on other labels.  Last summer his trio with Devon Hansen and Roger Tellier-Craig (Le Révélateur, GYBE, Fly Pan Am, etc) made their live debut at Mutek, while Spring Break Tapes released their debut No Sound Without a Misunderstanding.  Drawn from their earliest rehearsals, that release documents three very different styles of contemporary electronic music production brought into conversation.  And this live element is key to the animating spirit of the project. “We wanted to play in real-time together and to bring elements of risk and improvisation to our shared musical interests,” Karl told me last summer before their debut at Mutek.  That performance showcased a group who had grown much more cohesive and restrained in their approach, and we should all eagerly await their next release. Until then, enjoy this unique tape mix and look for more solo records from Fousek very soon. (Joseph Sannicandro)

My name is Karl Fousek. I’m an electronic musician, composer, and improviser. I work primarily, but not exclusively, with analog modular synthesizers. You could say, insofar as I’m an instrumentalist, the modular synth is my instrument. I’m originally from Vancouver, but my practice has been based out of Montreal for several year now.

It’s impossible to identify exactly how I got involved in music. It’s really been an ongoing process my entire life. A gradual and continual movement from listener to practitioner and back again.

How’s the scene in Montreal these days?

It feels like recently, since maybe 2014, there’s been a healthy influx of new and adventurous ideas and people in Montreal, especially in various forms of electronic music, and often outside the aesthetics that are popularly associated with the city. That said, it also feels like all this activity has gone somewhat under-documented. There’s no label, or even venue, that binds it all together, and most people need go outside the city in one way or another to achieve some level of recognition. That might be starting change now, however, with the emergence of small labels like Archive Officielle. Sometimes I wonder whether any local “scene” can really coalesce in the way maybe they once did, or whether we’re all now part of some larger, more diffuse scene situated online.

Tell us a bit about the mix.

The mix was compiled from my personal cassette tape collection. I often like to mine my tapes when doing mixes like this. Digitizing each tape forces me to listen more attentively and reflect on the mix as a whole. The result feels more like a unique object and less like an iTunes playlist.

For this mix I noticed that I had a number of tapes that were about, in one way or another, specific sites, places, locations. I also had several that focused on very specific sound sources, objects, tools, material process, etc…. I wanted to suggest some connection between those two specificities.

What’s coming up on the horizon for you?

Lots of releases this year. My debut full length LP is slated for release, as well as an collection of live performance recordings. And if all goes as planned, some works incorporating rare and vintage synthesizers (which I was fortunate to be able to record last year in residence at the Banff Centre) will also start to see release. Other than that I’m hoping play outside of Canada more often this year. I’m looking forward to some European dates in the summer.

Mark Fell – excerpt of “A Pattern For Becoming with Okkyung Lee, performed at the Blue Boom, Royal Festival Hall, 26th March 2015” from A Pattern for Becoming (The Tapeworm)

Fennesz –  excerpt of “Part One” from Szampler (The Tapeworm)

Francisco Meirino – excerpt of untitled B side from Dissension (Thalamos)