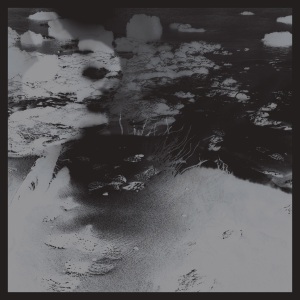 Choral incorporation in otherwise instrumental music may be on the rise, as evidenced by recent releases from Battlestations, Hammock and now Giulio Aldinucci.  Choirs lend these releases the feel of something sacral and timeless.  Yet as the backdrops change, the mood does as well.  The other albums concentrated on beauty and consolation; Borders And Ruins comes across as a warning and potential requiem.

One can glean the topic from the title, but an aura of foreboding is found throughout.  Bracketing the album with choral tracks “Exodus Mandala” and “The Skype Cloud And Your Smile On The Left”, Aldinucci presents a mini-symphony akin to his theatre works.  Borders, once fluid, are hardening.  Opportunities and offerings are shrinking.  Xenophobia is on the rise.  One might hear the album’s dark drones as representations of fear and prejudice from one angle, betrayal and disappointment from the other.  It’s easy to imagine masses of people straining against metal grates as nervous officers thumb their safeties.  As to the voices ~ whisperings, murmurs, shaded conversations ~ the implication is of hidden motives and ambivalent hearts. 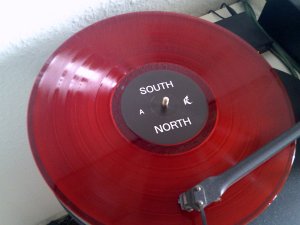 The rustles and clanks that pervade the second half of “Division” suggest a leaking boat, an underlining of refugee desperation and a damning of the averted gaze.  It’s not such of a stretch to hear the organ tones of the subsequent track as the opening tones of a funeral service.  Real lives are being lost.  But other things are being lost as well, discarded at borders along with torn suitcases and ripped dolls.  An acceptance of human connection, that we are all in this together.  Empathy and open arms.  The greatest irony is that the fear of the people without causes damage to the people within.

Aldinucci understands all this, seeing darkness at the end of the tunnel, ruins at the end of the path.  Yet he has also seen and captured the value of diversity, included here as field recordings taken from his travels throughout Europe.  The beauty of sonic souvenirs lies in contrast with the stagnancy of restricted visas.  Shall the oppressed never escape their distress?  Shall the privileged retain the ability to close their eyes to suffering, glad that it’s “not happening here”?  On this album, Aldinucci acts as prophet, reluctantly sharing a bleak, dystopian vision.  Yet in the center of the set, he also offers a prayer.  Through the rain, and at the end, the choir still sings.  Light chimes decorate the closing minutes.  For now, what has been closed can still be opened.  (Richard Allen)